It’s always nice to see a red-top have to admit to yet another bogus story.

Manchester United youngster Tom Cleverley is the latest celeb to get caught up in a totally inaccurate exclusive, after The Sun claimed that the footballer “begged” some girl for sex in a nightclub.

Not so Clever-ley now, eh! 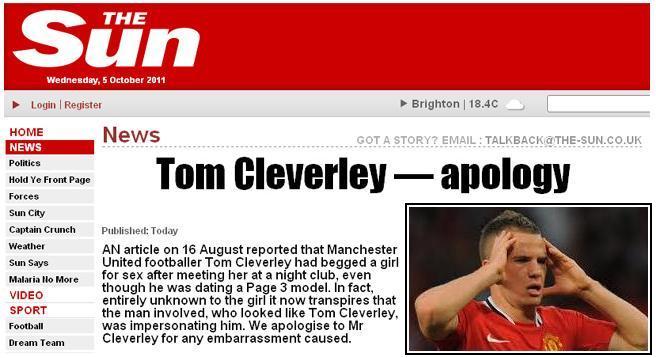