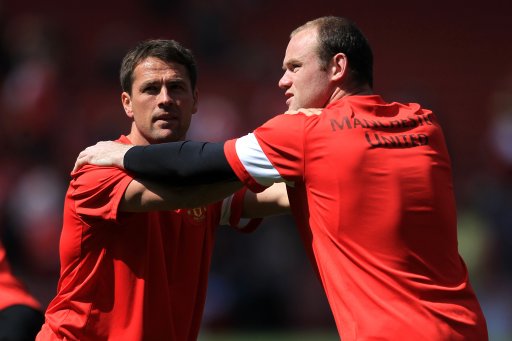 Squeaky-clean horse enthusiast Michael Owen has become the second Manchester United player to find a family member getting the once over from the “bizzies” (actually do people still use the word “bizzies”??) in the last few weeks.

Following the arrest of Wayne Rooney’s old man relating to a betting probe, Owen’s brother Terry has felt the long arm of the law after it was found that the 40-year-old aircraft fitter had placed a bet on Rooney pledging his future to United just one hour before the Red Devil signed a new deal.

Owen the lesser put £200 quid as odds of 7-2 on the deal last October, after Rooney had threatened to leave Old Trafford,  and came out with a cool £900.

This is all according to The Sun, by the way, who quote Terry as saying the bet was simply “a guess”.  However, it now seems unlikely that any charges will be brought against the Owen sibling.