Stevie Gerrard returned to action and Wayne Rooney, apparently depressed after receiving his Euro 2012 ban, was left on the bench as ‘the biggest game in the world’ kicked off at lunchtime on Saturday.

The first half was a rather rubbish affair, with United limited by Fergie’s belt and braces holding midfield duo of Darren Fletcher and Phil Jones.

Midway through the second-half, Charlie Adam, somewhat surprisingly man-marked by Jones throughout the game (the scot is hardly Messi, now is he?), managed to evade his marker and dive magnificently to earn the Merseysiders a free-kick on the edge of the United box. Up stepped Stevie G to resume dead-ball duties from Adam and promptly strike the ball past a hapless United wall (Ryan Giggs, the main culprit here) and into the back of the United net.

Fergie sent on Rooney and Nani to get his side back in the game, but only for some superb David De Gea goalkeeping, the home side could have gone further ahead. However, just when it looked as though the Red Devils would make it four losses in a row at Anfield, enter the Little Pea himself, Javier Hernandez, to poach a vital equaliser on 76 minutes.

Mega-bucks signing Andy Carroll didn’t make it off the bench while Jordan Henderson, another expensive Liverpool purchase, missed a couple of fabulous chances late on in the game.

United remain unbeaten while King Kenny Dalglish will no doubt be ruing a missed opportunity for another victory. 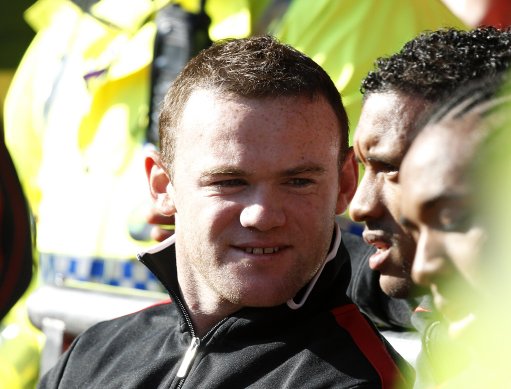 A benched Rooney chats with Nani 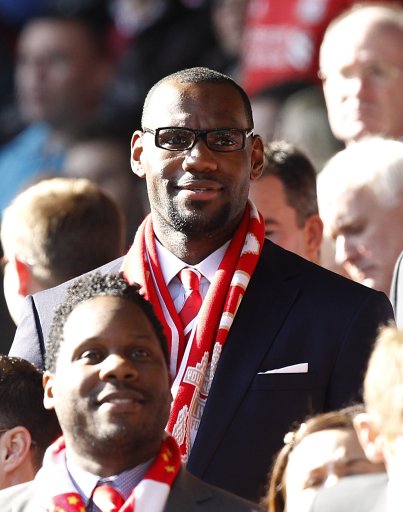 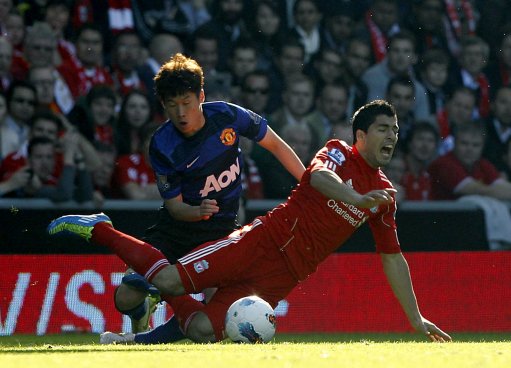 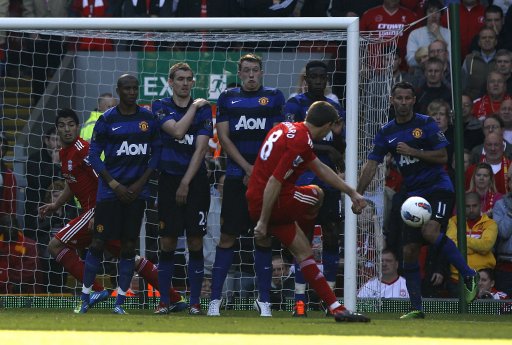 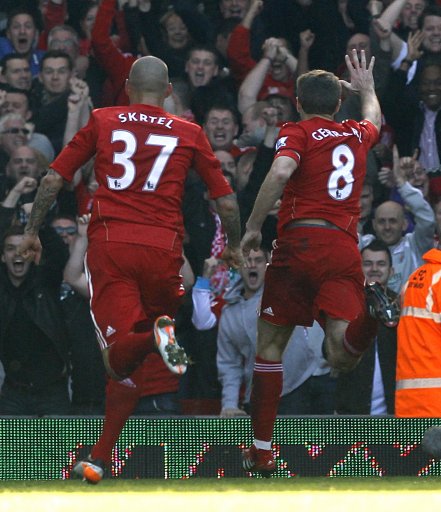 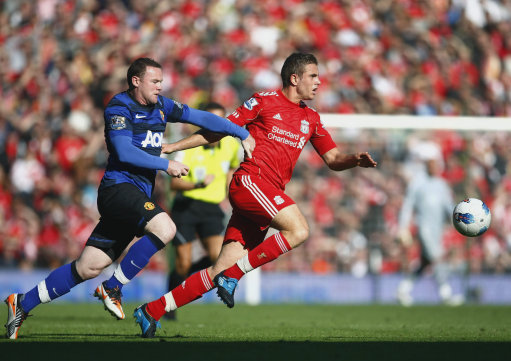 Subs Rooney and Henderson gallop after the ball 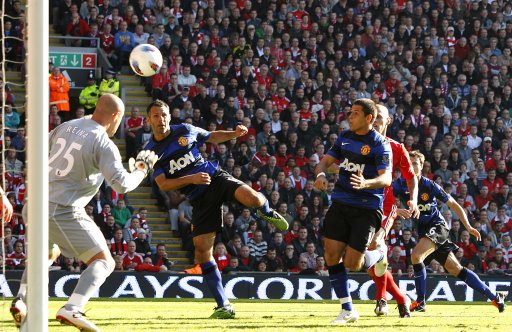 Chicharito does it again 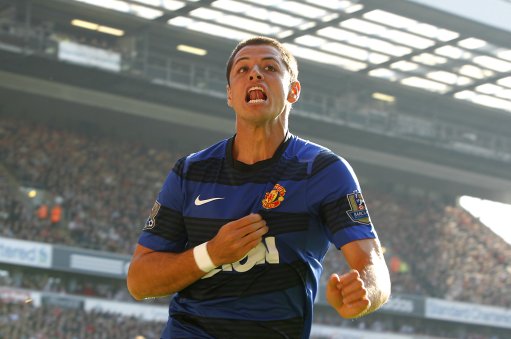