Mere hours after some kind of sick swan ran amok at Old Trafford, a rather glum-looking Wayne Rooney celebrated his 26th birthday at Wings restaurant in Manchester with guests including friends, relatives, colleagues and several of the chaps that had just tarred and feathered his arse in the Manchester derby – namely Joe Hart and Gareth Barry.

Strangely however, there was no place on the Rooney guestlist for Nani who, according to the Daily Mail, spent the night getting barracked at San Carlo eatery on the other side of town and thankfully skulked away into the night before Mario Balotelli showed up later that evening (after apparently driving around the city in a convertible Bentley, high-fiving City fans all afternoon) in a rather fetching grey furry/suede patchwork-y ensemble and things got really interesting… 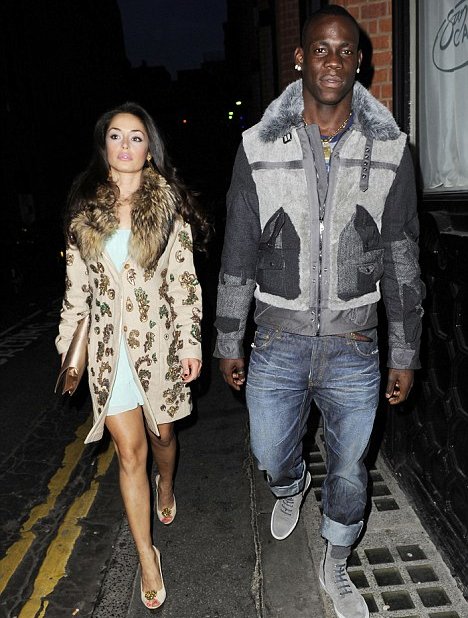