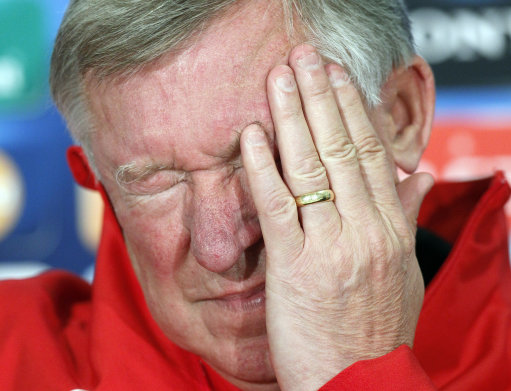 A Carling Cup win against Aldershot won’t have done too much to erase the memory of the 6-1 derby mauling for Sir Alex Ferguson, but now the United boss has had another bit of unfortunate news.

At Trafford magistrates court, it emerged that four men accused of ticket touting outside Old Trafford had, in their possession, 16 tickets bearing the name of Sir Alex Ferguson.

The tickets were found to be legitimate but Fergie himself hasn’t been accused of any wrongdoing.  He told the investigation that he had given the tickets to friends and acquaintances but had no idea of what happened after that.

Still, I wouldn’t like to be in the shoes of one of those “acquaintances” when they next meet the Scot.