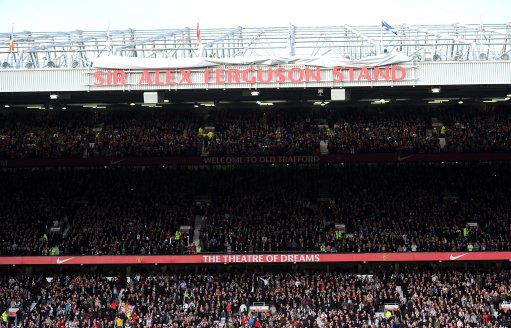 United’s 1-0 victory against Sunderland won’t go down as one of their better performances during Fergie’s 25-year reign, as the home side failed to match the occasion with a big performance.

Indeed, it was one of Ferguson’s former players, Wes Brown, who, somewhat ironically, was to score the only goal of a disappointing game, putting through his own net just before half-time.  Steve Bruce’s side had a penalty given and then not given (a correct decision by Lee Mason) while Nicklas Bendtner almost spoiled the party late on. However, given Bruce’s dismal record against his former club, a win for the home side was almost inevitable.

When Fergie does eventually step down, they’ll be some boots to fill. Interestingly, Molde manager Ole Gunnar Solskjaer was in the crowd. 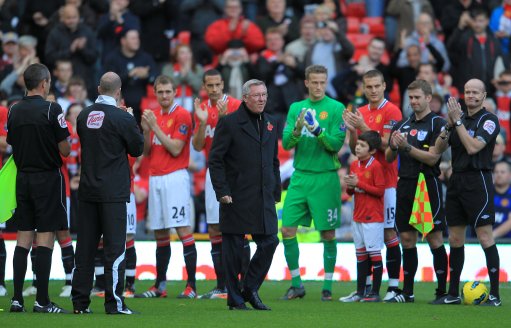 Fergie is applauded onto the pitch. Even the ref is clapping. 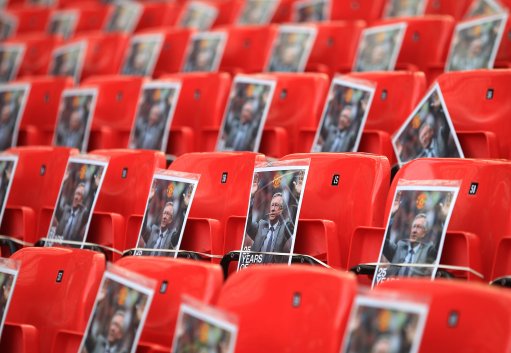 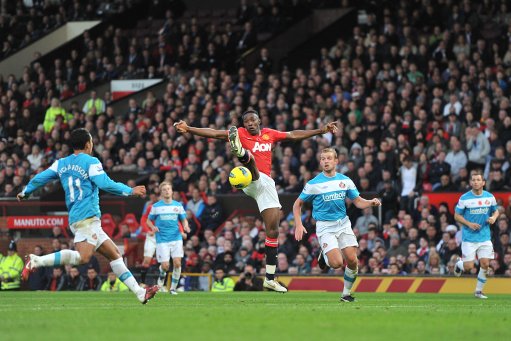 Danny Welbeck jumps for the ball 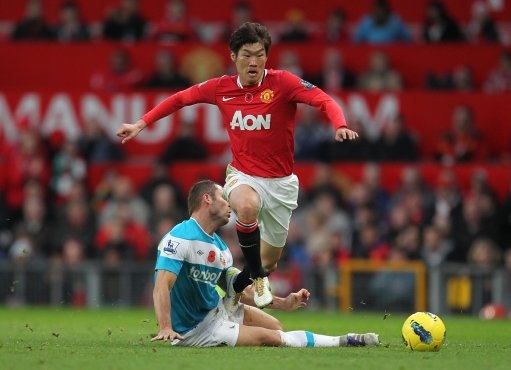 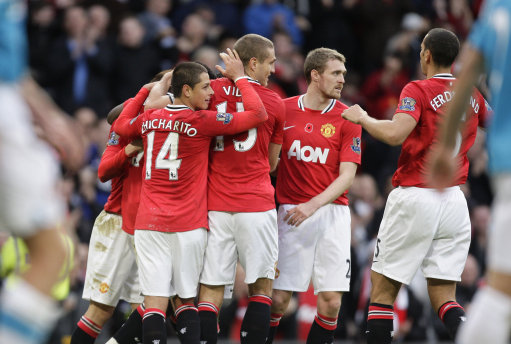 United celebrate the only goal of the game 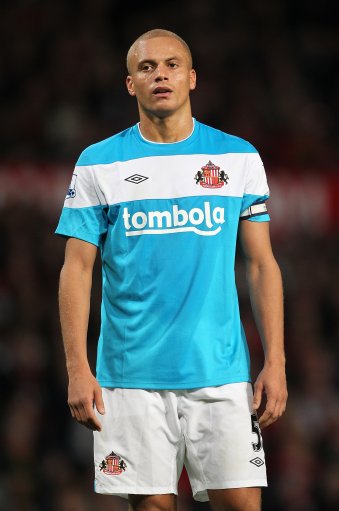 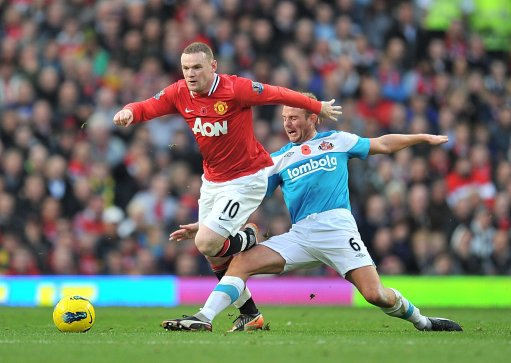 Tough guys: Rooney and Cattermole battle it out 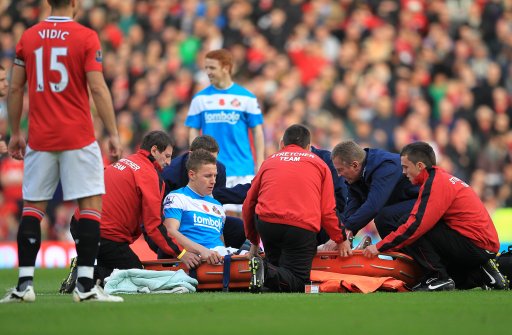