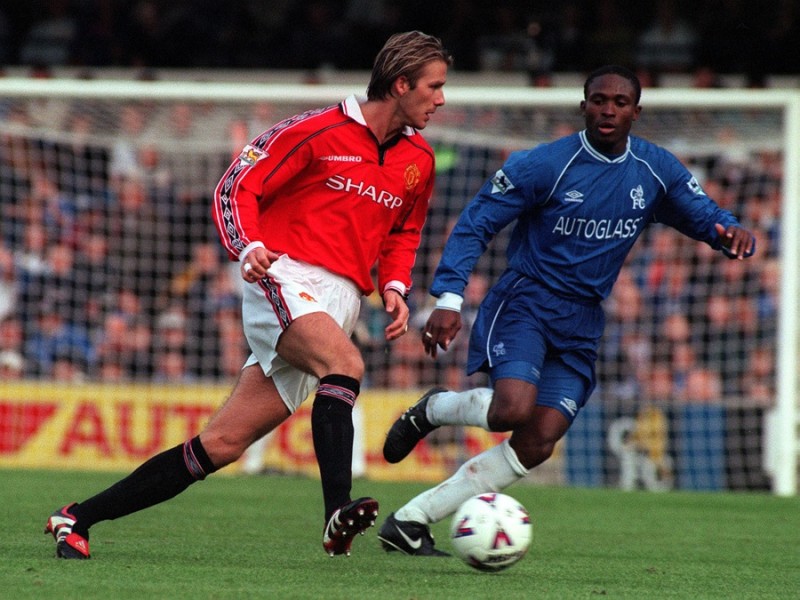 Not a scoreline you see very often where United are concerned but Chelsea were unstoppable that day – Gus Poyet scored after 27 seconds and the Blues never looked back.

For United, this heavy defeat ended a run of 29 games without a loss. It also precipitated the exit of Italian keeper Massimo Taibi, who was all over the place in this match, as you can see in the video below. United’s cause wasn’t helped either by the sending off of Nicky Butt in the 23rd minute, for kicking out petulantly at Dennis Wise (easily done). Thereafter, the match was an ill-tempered affair, but with the visitors down to ten men – and already 2-0 down when Butt was sent off – the result was never in doubt.