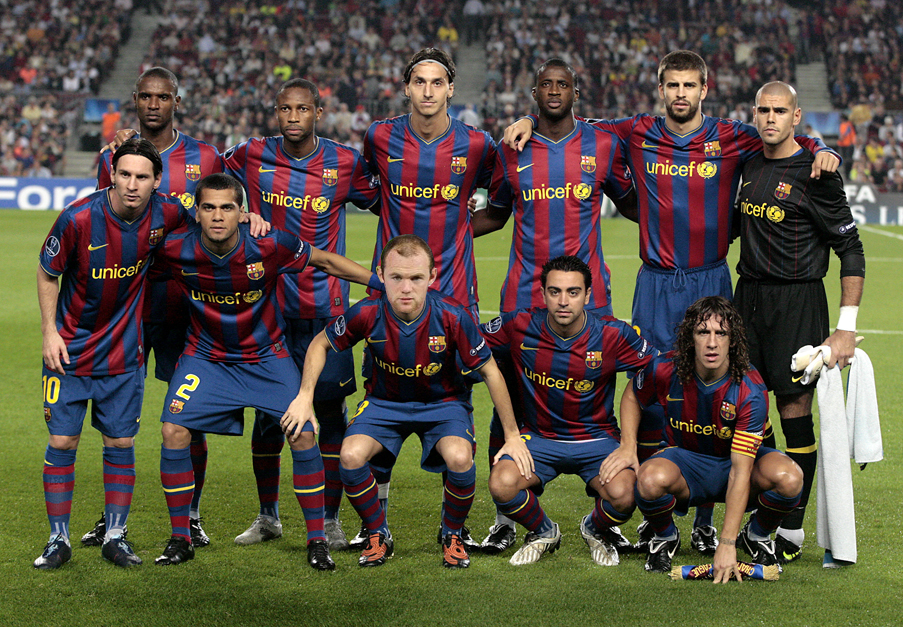 The News of the World claims that Barcelona want to sign Wayne Rooney this summer for around £85m. The tabloid brings us this incredible scoop:

“The Nou Camp club have identified the 24-year-old as the star of the next World Cup and have already put plans in motion to trump Real Madrid’s capture of Cristiano Ronaldo.

“The Catalan giants believe United’s massive debts mean they’re under increasing pressure to consider bids for all their top players.”

Okay, this is bullsh*t, obviously.

For starters, what’s the paper’s source? Usually bullshit rumours are at least accompanied by the legend “A source close to ____ told us…” – this time, we don’t even get that.

So, a baseless rumour linking one of the world’s biggest football stars to one of the world’s starriest football clubs. It’ll do wonders for the NotW’s website traffic, no doubt, but the chances of it actually happening are somewhere less than 1%, especially as Wazza said just last week that he wanted to stay at United for the rest of his career.

Would I like to see Rooney play for Barca? Sure I would – who wouldn’t want to see how Lionel Messi and Roo might link up. And it’s about time a top-class English player made his mark in Spain or Italy. It hasn’t happened since Paul Ince at Inter. (No, I don’t rate either Michael Owen or David Beckham’s spells in Madrid as particularly successful.)