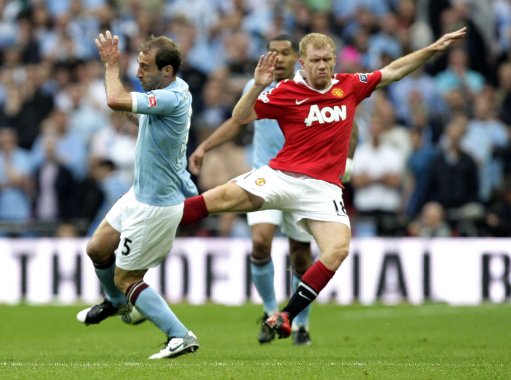 Scholes currently assists Joyce with the United second string, and is now expected to be promoted to the reserve team manager position himself. Joyce is wanted by manager-less Hull City to fill the vacant position left by Leicester City-bound Nigel Pearson and with Scholes waiting in the wings, Sir Alex Ferguson is expected to let Joyce go without any compensation package.

Scholes was never a particularly vocal leader on the pitch, so it’ll be interesting to see how his coaching career develops. And if he takes part in any training sessions, will be kick any of his players with his trademark ‘mis-timed’ tackles?