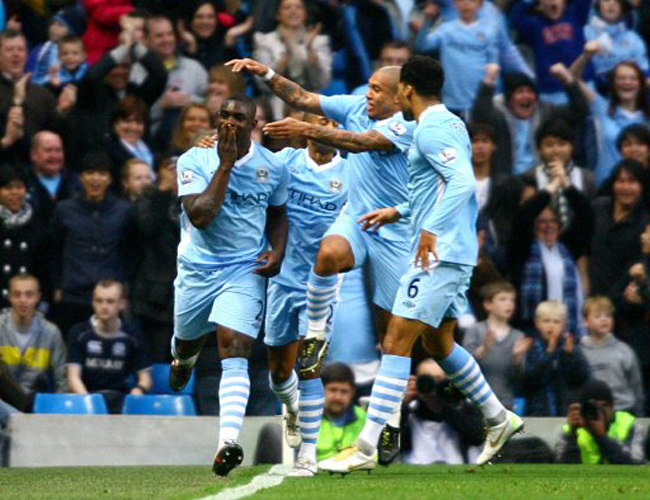 Two of their goals may well have come from the penalty spot, but nouveau riche Manchester City were always in control of this top four clash against the surprise package of the 2011/12 season so far, Newcastle United.

Ryan Taylor’s handball gave Mario Balotelli the chance to score with a spot-kick, which he did, before Micah Richards netted City’s second to add even more weight to the calls for his inclusion in Fabio Capello’s next England squad. Another spot-kick, this time converted by Sergio Aguero killed off the Magpies, who did manage to bag a consolation goal courtesy of Dan Gosling.

City are now the only unbeaten side in the top division, and should go on to prove that money can indeed buy you success. Newcastle, however, remain a gifted, well-organised side who won’t face a harder test than this again this season.