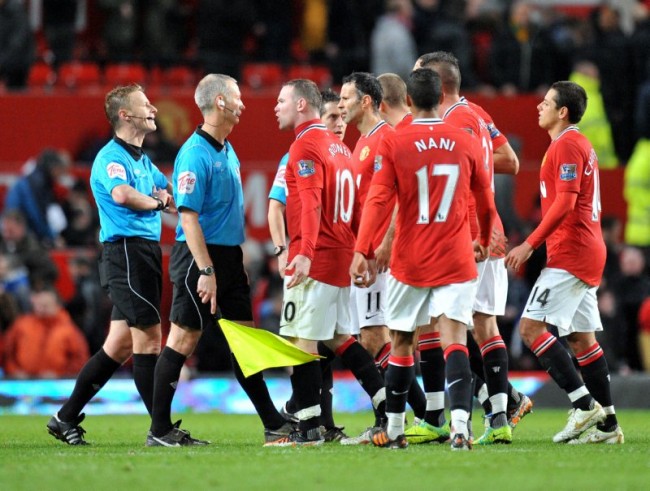 With Manchester United one up through Chicharito (or rather Chicharito’s stomach/thigh), a pretty naff penalty call from the assistant referee saw Newcastle nick a point at Old Trafford this afternoon.

Referee Mike Jones quite rightly gave a corner when Rio Ferdinand swept the ball away from the end of Hatem Ben Arfa’s toe with clean-as-you-like sliding in the area, only for Jones’ assistant to overrule the decision because the shimmering fairies dancing around his head told him to.

Demba Ba stuck the spot-kick away and thousands of topless Geordies toasted the lino with room-temperature bottles of thick, dank Newky Broon.

Just for the record, if Man City beat Liverpool tomorrow, they go seven points clear at the top of the table. Just saying.