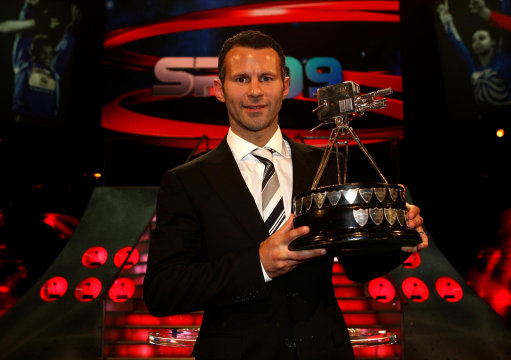 2009 winner Ryan Giggs. Talent, looks, money AND personality – no wonder he’s a hit with the ladies.

The Manchester Evening News demonstrated a rather fine example of parochialism in choosing its shortlist for the 2011 BBC Sports Personality awards.

Sports boffins at a selection UK newspapers and magazines were asked to send in their Top 10 list of 2011’s sporting “personalities”, with the most popular selections making it into the final list of nominees. In its lineup, the MEN named City’s Yaya Touré and  Patrick Vieira along with United’s Dimitar Berbatov and Paul Scholes, four rather strange choices, to say the least. (Surely Bebe deserved a place?)

Unsurprisingly, none of those Mancunian heroes made the short list, with no footballers making the cut at all. The list does include the likes of Mo Farah, Andy Murray, Rory McIlroy and Mark Cavendish but no women, which is quite a slap in the face for the likes of Chrissie Wellington and Keri-Anne Payne – although with both Zoo and Nuts magazine contributing, I suppose we shouldn’t be too surprised by this.

Here’s the list of each publications’ choices for the awards. Good luck in finding too many real ‘personalities’ in that lot, though.