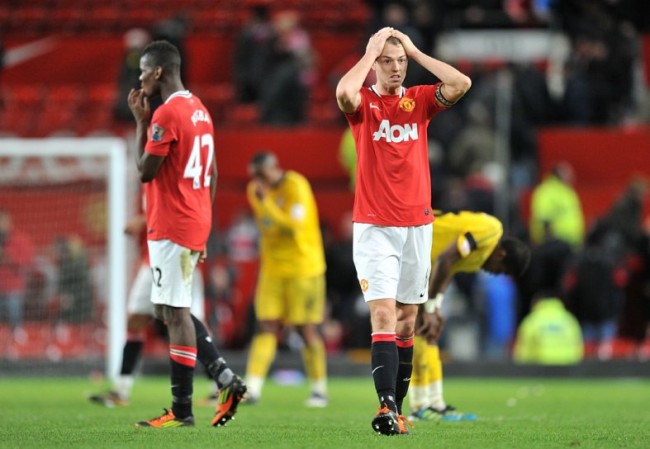 Crystal Palace made it into the semi-finals of the Carling Cup for the first time in a decade after beating Manchester United 2-1 in extra-time at Old Trafford last night.

After a dull first-half, Darren Ambrose put Palace one up in the 65th minute with a 30-yard ‘Darren Ambrose Goal™’ shortly before Kiko Macheda hauled United back level a few minutes later by both winning and sticking away a penalty.

Following a bout of Herculean defending, Glen Murray eventually won it for the Championship side eight minutes into extra-time – slipping goal-side of Jonny Evans and turning Ambrose’s free-kick home with his shoulder blade.

Palace will now play Cardiff City in the last four (meaning we’ll see at least one Champo club in the final), while Sir Alex was moved to publicly apologise for his side’s showing, telling MUTV:

“I don’t know where to start to be honest. My apologies are to the fans because that was not a Manchester United performance.

“I don’t want to take anything away from Crystal Palace. I wish them every success and hope they get to the final because it was a fantastic, mammoth effort from them tonight.

“Every one of their players worked their socks off to try to get to the semi-final. I am just very disappointed.”