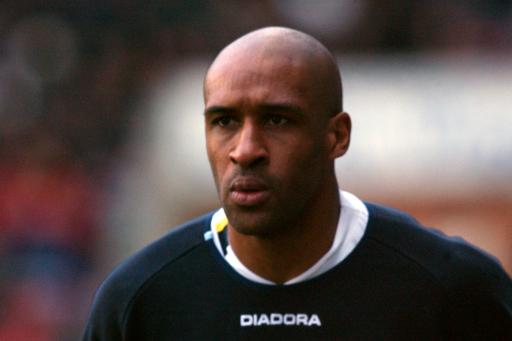 Deano’s not crying; his eyes are just sweating heavily

Former Doncaster, Sheffield United, Leeds, Benfica, Middlesbrough, Leicester, West Ham, Sunderland and Perth Glory striker Brian Deane was so overcome with emotion that he locked himself in the toilet after watching Sarpsborg 08 successfully manage to consolidate their place in the top tier of Norwegian football on Sunday afternoon.

At this point we probably should add that Deane is Sarpsborg’s head coach.

After finishing third bottom in the league proper, Sarpsborg faced a two-leg play-off with the club that finished in third place in the second division, Ranheim – winning both legs (the second of which was on Sunday afternoon) by and aggregate score of 3-0 to hold on to their place in the Tippeligaen despite enduring a torrid 2013/14 season.

The incredibly tense second leg was settled by a brace from Sarpsborg’s 19-year-old striker Mohamed Elyounoussi but while the players celebrated in unbridled relief on the pitch for 20 minutes after the final whistle, it all proved too much for Deane, who locked himself in the changing room toilet and began Tweeting the emotions that he couldn’t convey out loud.

I have locked myself in the changing room toilet to savour thisI always believed we would stay up.Very proud of the players #08sarpsborg

Thank you everyone out there who has been following things this season with Sarpsborg.I learnt a lot from some disappointments and dark — Brian Deane (@deanobri1968) November 16, 2013

Times while playing,it has been fantastic being able to correct some mistakes and never giving up on believing in myself and what is — Brian Deane (@deanobri1968) November 16, 2013

possible to achieve,that was for you Macca Deane

First things first: “I have locked myself in the toilet to savour this” is never going to sound good, even if you’re well aware of the context it’s being used in.

You can add that to your long and varied list of career achievements alongside your “first ever player to score in the Premier League” and “most frustratingly over-printed Merlin sticker of 1996” titles.