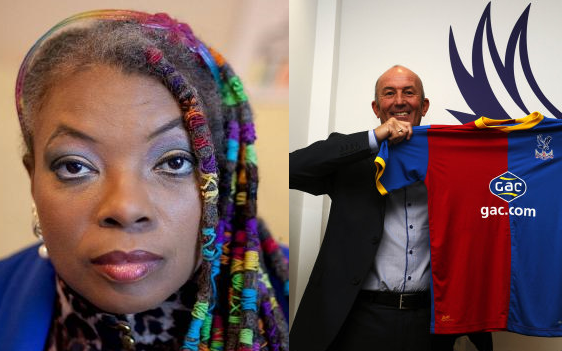 A female ‘spiritual healer’ from Bromley has made Tony Pulis’ job that much easier this morning after assuring the new Crystal Palace manager that his side are going to avoid relegation this season…because aliens told her.

Stephany Cohen claims she is in constant contact with “grey aliens, Cat People and half-alien, half-reptile Reptilians”, who have taken a great interest in the lower echelons of the Premier League table and have seen something in Palace which has led them to believe that the Eagles will pull themselves out of the bottom three before the end of the season.

She told the News Shopper newspaper:

“[Palace] are being positive. Pulis has got a very good work ethic. His forte is defensive. Now what he needs to do is help the team by keeping clean sheets as much as possible between now and May.

“They need a good team spirit, a good work ethic and good defensive tactics from the manager. If they stick to that they will stay up.

“It will be hard work but it will pay off.”

Panic over. Fairly sound reasoning, really – other than…y’know, she claims it was given to her by extraterrestrial beings and all.

Oh, before we forget to mention: she also reckons that she, in her words, “used to be Joan of Arc” after the spirits showed her her memories from a previous life.

Back in March, Cohen also claimed that the Reptilians – who are apparently highly adept in matters of business and finance – were giving her advice to pass along to Arsenal boss Arsene Wenger during his time of need.

“At the moment they are telling Wenger he needs to get rid of a whole lot of people and bring in a stronger squad – especially in the defence,” she said. “”Mr Wenger likes to do everything but he is not good at everything.”