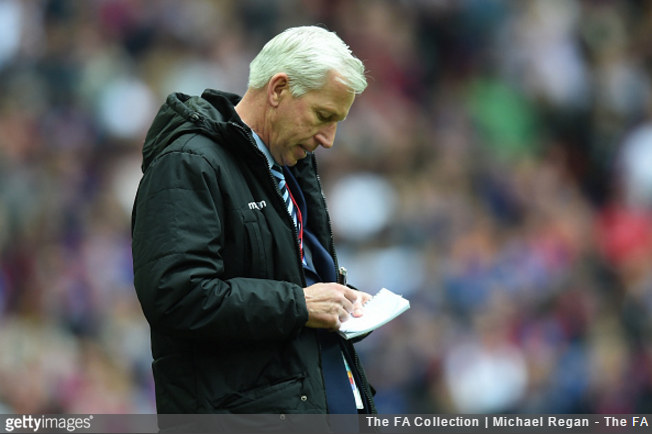 He may well have guided them to an FA Cup Final this season, but Alan Pardew has still been accused of making “absurd decisions” during games by one of his own players.

The player in question is out-of-favour winger Lee Chung-yong, who made the comments during an interview with South Korean publication Sports Seoul.

After first stating that he “sees no reason to remain at Palace” next season, Lee went on to bemoan Pardew’s frustrating methods, including his inability to keep track of substitutions.

Pardew is very smart in training but he’s too hot tempered in matches, so he even forgets how many substitutes are left.

Pardew also made me train as a starter for the whole week and decided to leave me out on match day as an injured player who had not trained all week recovered and felt OK on the day. That was absurd.

Lee also grumbled about Pardew’s over-reliance on his first-choice players:

Pardew runs the team with a very short-term vision. We have a great squad but he plays the same players again and again until someone gets injured.

Then his replacement cannot play well because he is playing for the first time in two months.

I think that’s why we have not done well in the latter half of season.

Well, that’s that then. Somebody’s not going to be playing for Crystal Palace again in a hurry.