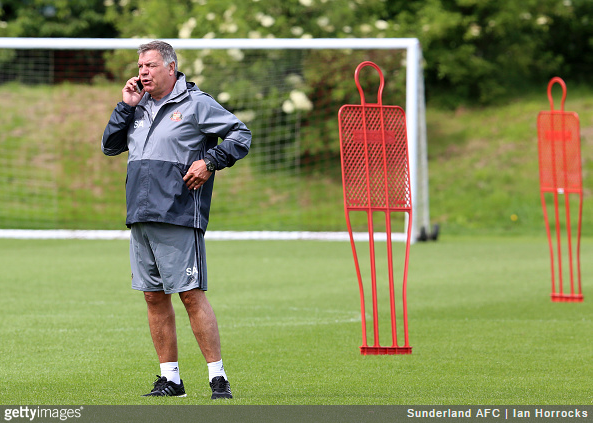 It’s being widely reported that the FA are set to interview Sam Allardyce for the vacant England manager’s job at some stage this week.

Following a two-week consultation period after the departure of Roy Hodgson, the FA have identified Allardyce as the strongest candidate among the pool of available Englishmen.

Allardyce is said to have received the backing of one Sir Alex Ferguson – a ringing endorsement, no less – due to his “tactical awareness and feel for the national side”.

It won’t be the first time Allardyce has been interviewed for the role either. Back in 2006, while still in charge of Bolton, Big Sam (as per his autobiography) put together a “knock-your-socks-off PowerPoint presentation” to wow the FA, only to find that there weren’t any PowerPoint facilities at the venue. The job went to Steve McClaren.

Here’s hoping they’ve invested in an overhead projector and an interactive whiteboard at St George’s Park this time round.

The Guardian also add that the FA intend to discuss the vacancy with Jurgen Klinsmann having been made aware that the incumbent USA coach “would be tempted by the job.”

Hardly the most salubrious of talent pools is it? That said, we’re fully behind the Allardyce for ENG movement. He’s far more progressive than he gets credit for, builds decent teams and always delivers what’s asked of him.

Given the dearth of viable options, the FA could do worse than giving him a shot.