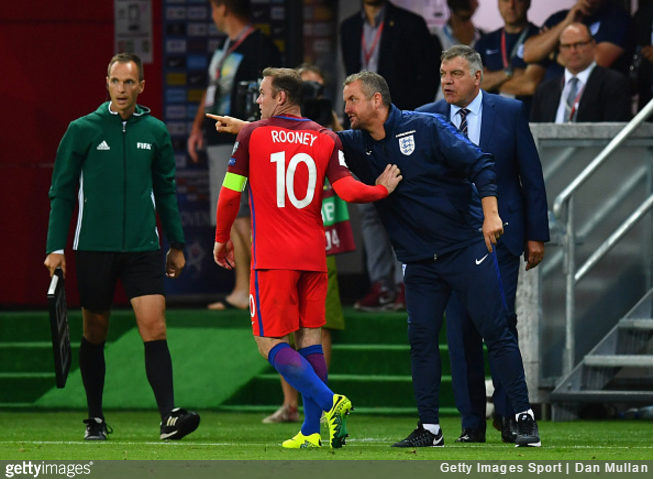 Sam Allardyce’s reign as England manager may have begun with an important win over Slovakia, but the performance itself — bar roughly 90 exciting, carefree seconds around the 76/77 minute mark, when Adam Lallana hit the post — was very much in the same tedious furrow as Euro 2016 and the several months/years before it.

Plenty of idle possession. Plenty of dutiful, conservative nothingness. No creativity from open play. No effervescence. No flair. No incision. It was a big, double serving of ‘more of the same’, really.

Once again, Wayne Rooney caused a minor stir after appearing to be included on the team sheet as a No.10 before swiftly dropping back to operate in that niche midfield non-role he’s so effortlessly created for himself.

Unfortunately, Allardyce has no jurisdiction over Rooney’s role in the side as ‘England manager’ is now a purely ceremonial title, or at least so it would seem:

It’s not for me to say where [Rooney] is going to play. It’s up to me to ask whether he’s doing well in that position and contributing.

Wayne played wherever he wanted to. He did play a little deeper than I thought he’d play, but I was pleased with his performance.

Which leads us to ask, if Allardyce doesn’t think that telling his selected players where to play is within the England manager’s remit, then what exactly does he think the job entails? Company car, free match tickets and bi-monthly weekend breaks to Eastern Europe?

Lord, how we’re coming to truly despise all things England.