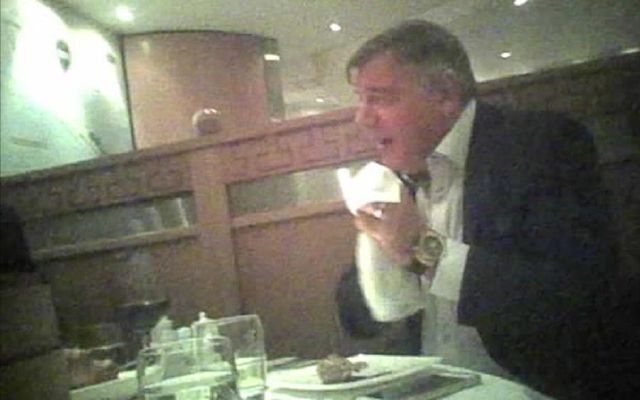 “So basically, if you complain loudly enough they’ll usually chuck in a few free spring rolls…” (Image: The Telegraph)

The Association of Football Agents (AFA) have called for a worldwide reform of the regulation of agents in the wake of the bung sting that cost Sam Allardyce the England manager’s job earlier in the week.

The AFA conceded that “the global move to deregulation has not worked” and that “allowed the system to be more open to manipulation and abuse” than ever before.

In a statement issued by Mike Miller, the AFA’s independent chairman, the organisation said:

The AFA recognises that while recent media reports involving possible misconduct in relation to player transfers remain unproven, they do raise important questions and serve to highlight the need for greater transparency and a new regulatory framework in this area of the football industry.

We are totally committed to helping any investigation into the various allegations and to continue to work with the relevant football authorities, led by the FA, to further explore what steps can be taken in English football to put in place an effective system of licensing and codes of conduct for agents.

The global move to deregulation has not worked and it has allowed the system to be more open to manipulation and abuse. The time has come for the key stakeholders in this country to genuinely come together to establish a new framework for the future and we would be happy to progress those discussions with immediate effect.

Ultimately, changes to the current set-up should also be enforceable globally and this must involve UEFA and FIFA to help spread best practice around the world and reintroduce a system of licensing and regulation which works and is meaningful.

We can make a positive start here to promote a better approach across the game.

In other words, it’s a wild west free-for-all out there.

A tough licensing exam was introduced in 2001 to help regulate the oft-shady world of ‘player representation’ – that was until FIFA, bless their little cotton socks, scrapped it in February of 2015.

After that, absolutely anybody – regardless of experience or motive – was allowed to operate as an agent providing they registered themselves, a move that was vehemently opposed by the AFA themselves at the time.

While it’s difficult to know who to trust and who is self-serving, surely a global re-regulation of one of the most shifty industries on the face of the planet can only ever be a good thing?