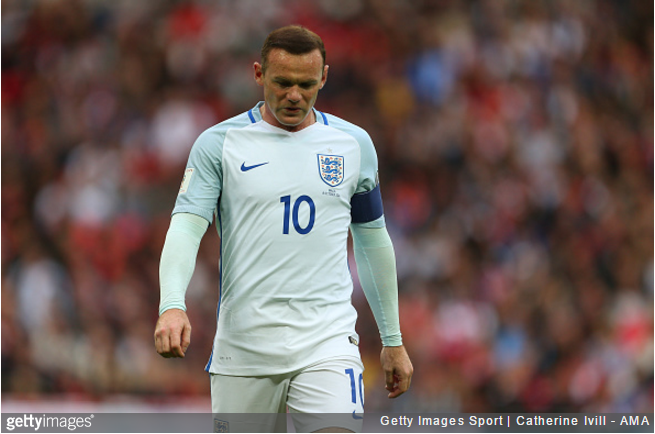 Gareth Southgate has criticised the fans who booed Wayne Rooney throughout his masterful, controlling performance in England’s strong and uncompromising 2-0 win over mighty Malta (beaten 5-1 by Scotland in their last outing) on Saturday evening.

Given all the time and space in the world by his Maltese opponents, the best Rooney could manage from his infuriating ‘quarterback’ non-role was a liberal array of misplaced passes and a couple of tame shots on goal.

Oh, and there was this…

Of course, Rooney wasn’t dreadful per se, just largely ineffective – showed up and made to look blunt and doddery by midfield partner Jordan Henderson, if you can possibly conceive of such a notion.

Still, Southgate saw fit to laud the man after the game, even aiming a barb at the Wembley contingent that booed Rooney at various junctures during the match.

Speaking to the press after the final whistle, England’s interim manager said:

I presented him with a cap in the week for being the record (outfield) cap holder with his country. It’s fascinating to get an insight into his world over the last 10 days. Every debate seems to focus on him.

The onus on him is enormous, the criticism of him is, at times, unfair and he ploughs on and plays with pride and captains his country with pride.

I look back to the Terrys, the Lampards, the Ashley Coles – in their time with England they took an enormous amount of criticism and yet, if you look at the caps they won, they kept turning out and really put themselves on the line.

Some other players have not put themselves forward at those moments and withdrawn from squads when the going has got tough.

I don’t understand (the booing) but that seems to be the landscape. I have no idea how that is expected to help him, for sure.

It’s not meant to help him, Gareth. It’s more likely meant to coerce him into early international retirement. For the good of the many, there giveth the Roon.

Seriously, how long can this bewildering grand mass delusion possibly be sustained?