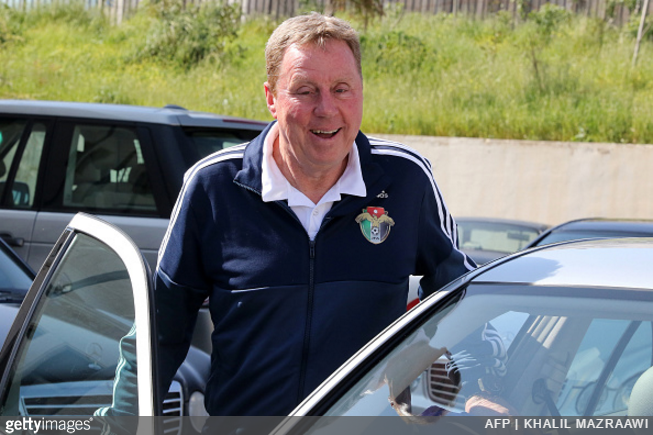 Coming somewhat out of the blue, it’s being reported that Harry Redknapp somehow managed to “run his own wife over” in an incident on Wednesday morning.

Having dropped his wife Sandra, 69, off at the shops in the Westbourne area of Bournemouth, Redknapp pulled off his Range Rover only to swiftly find that her coat and foot were both trapped in the door jamb.

According to The Sun, witnesses told that Sandra “screamed in agony” as her beloved spouse dragged her down the road, causing fairly serious injuries.

One of said witnesses told the tabloid:

I was in a shop and a couple of people came in and said, ‘Crikey, there’s a lady who’s been dragged along the road’, then someone else came in and said it was Harry Redknapp who had just dropped his wife off.

I heard as he drove off she got her coat caught in the door. She was dragged along the road before he realised. I think she has been badly injured.

A spokesman for the South Western Ambulance Service has since confirmed that a female casualty in her 60s was taken to hospital where she had surgery on her injured foot.

“Sandra is in hospital but she’s fine, it’s a private family matter,” a source close to the family subsequently told The Sun.

Of course, the natural reaction is to guffaw heartily at the continued bumbling of ‘Arry the Lad, who just added a brand new banterous anecdote to his after-dinner repertoire.

However, it’s worth remembering that his wife is a human being and of pensionable age at that.