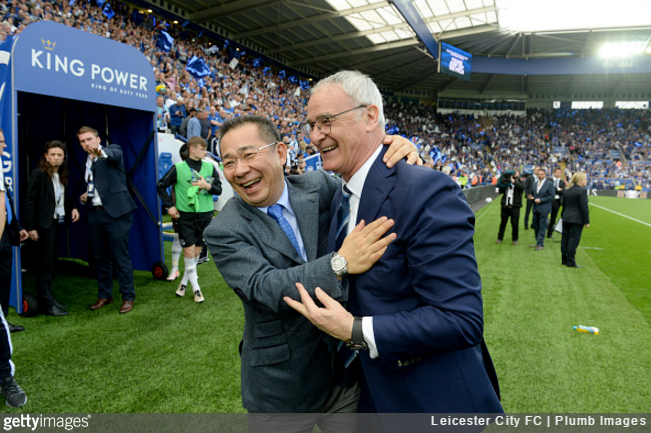 With the glorious title win of 2015/16 now consigned to history, the Foxes are currently teetering just one point above the relegation zone going into the last 14 games of the 2016/17 season.

Despite their precarious position, Vichai Srivaddhanaprabha and the rest of the King Power lads have released a statement backing Ranieri in his fight to fend off an unprecedented U-turn in Leicester’s fortunes:

The entire club is and will remain united behind its manager and behind its players, collectively and firmly focused on the challenges ahead.

The statement comes amid a flurry of conjecture that Ranieri might be losing the dressing room, with actual genuine reports that a ban on chicken burgers might be to blame for the bottoming-out of his squad’s morale.

Football truly is a thing of fickle mischief.