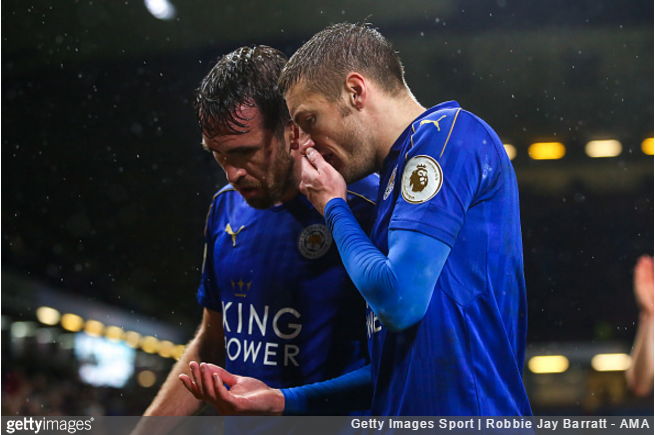 The first order of business for Leicester City’s new caretaker boss was to deny rumours that Claudio Ranieri was sacked yesterday as the result of a ‘player revolt’.

Leading up to the sacking, speculation was rife that Ranieri’s squad were up to *here* with his tinkering, with reports even suggesting that a ban on chicken burgers may have been the catalyst for morale tanking over the past few months.

There were even errant whispers of several senior players holding a clandestine meeting with the Leicester chairman after Wednesday evening’s 2-1 defeat to Sevilla.

Charged with keeping things ticking over until Ranieri’s replacement is appointed, Craig Shakespeare faced the press on Friday and was unsurprisingly bombarded with questions as to the precise nature of his Italian predecessor’s demise:

There was a lot of frustration because of the results, but he had not lost the dressing room.

A lot of the talk of unrest has been speculation. I’ve not had one problem with the players.

I always feel sorry when people lose their jobs. I’m not aware of the club having spoken to any candidates. My relationship with Claudio has been fine all along.

I spoke to him last night and he thanked me for my support throughout.

It was not brief and we exchanged views. A lot of what we said will stay private.

It might have had something to do with the succession of desperate, utterly useless tactical approaches Ranieri had been reeling through these past five months, too.