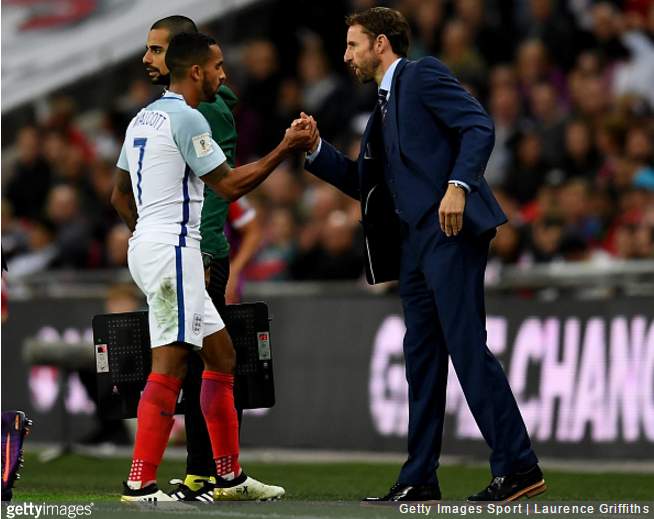 Gareth Southgate has revealed that Theo Walcott threw a bit of a wobbler when he learned that he’d missed out on a place in the latest England squad – and on his birthday of all days.

While there were surprise call-ups for the likes of Michail Antonio, Michael Keane, Nathan Redmond and James Ward-Prowse and Jake Livermore, Southgate decided against including Walcott, who was busy eating jelly and ice-cream and playing pass the parcel when the call came from the England boss.

As quoted by the Mirror, Southgate said:

I’ve got to say Theo wasn’t chuffed to bits to get the call. And I understand that

Quite rightly, he said, ‘I’m one of the leading goal-scorers in the league’.

I don’t mind being challenged on that at all. I totally respect that. I don’t expect him to be happy.

But I’ve got to make decisions and I think it was the right think to call him to talk that through — even though the timing probably wasn’t great.

For the record, Walcott is currently 20th in the official 2016/17 Premier League top goalscorers list with eight goals to his name – the last of which came in December.

Miffed as he well may be, wethinks he shall not be terribly missed.