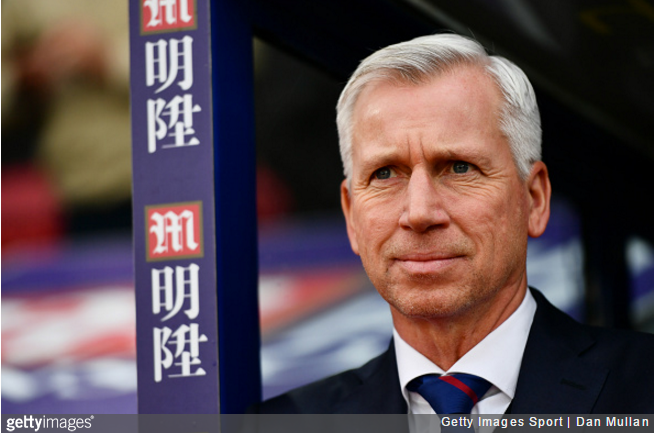 For the first time since it all went south, Alan Pardew has been talking about getting sacked by Crystal Palace.

Pardew was dismissed in late December, with Palace ending the calendar year as the worst-performing team of all 92 Premier and Football League clubs.

What’s more, their total of six Premier League wins throughout 2016 was the second lowest tally recorded since the league’s inception in 1992/93.

However, you may not be surprised to learn that Pards doesn’t think he personally was at fault, once again failing to accept any responsibility for his team’s risible slump – the same old cycle of boom and, moreover, bust.

Plucked from his featured interview with Matt Dickinson in The Times, here are just a selection of the excuses and laughably self-reverential quotes on offer (under the telling headline “My win percentage was healthy… I was let down by transfer dealings”).

Looking back, I sat down with [Palace chairman] Steve Parish in the summer and we decided we wanted to take the club forward. We made changes but I definitely have the view we didn’t change the squad enough. We brought players in but I think we should have done more.

On being, if anything, too loyal…

Maybe my loyalty gets in the way a little bit. I have been loyal to a fault with some. That’s just a trait I have. Something I have to keep an eye on.

A little Pard-ism to live your life by…

The game humbles you. And if you don’t humble with it you are in trouble.

Sometimes you have to acknowledge some of your strengths can be your weaknesses.

When I started [at Palace], the hard pre-season was a big thing, maybe too extreme among some.

On the back-room support staff who ultimately let him down…

Doctors under pressure at Premier League level, sports scientists protecting themselves a little bit, sometimes worried what the chairman will think if there is any injury. I am not saying devalue them, don’t take their opinion.

I just think we have become too protective.

On his track record…

My win percentage in the Premier League, when you consider the clubs I’ve been at and the budgets I’ve had, I know it’s healthy.

On that dreadful dance…

I am quite forthright in my views and personality. I am not shy. That’s documented.

Christ. That man. Everything comes with a blame-deflecting caveat. The mental gymnastics involved are almost admirable. 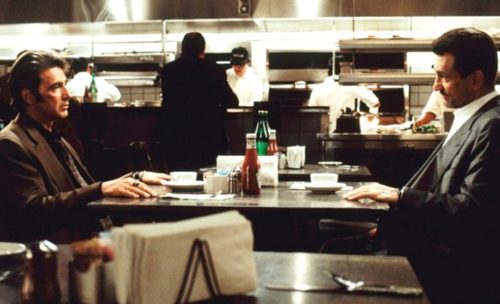 However, the most cringe-inducing excerpt must be Pardew’s allegorical description of the cut-throat circles in which he operates these days.

I wondered if he [Pardew] might be bitter about losing his job at a club who were the nearest thing to a spiritual home from his playing days, but he smiles and says football management reminds him of that famous diner scene in Heat. Al Pacino and Robert de Niro finally meet on screen, cop facing master criminal.

As they chat over coffee, Pacino explains that much as it was nice to talk, to connect as men, there is an inevitability about the shoot-out to come. “You do what you do, and I do what I gotta do,” he says.

“We’ve been face to face, yeah,” De Niro responds. “But I will not hesitate, not for a second.”

“It’s a bit like us in football,” Pardew smiles. “Chairman, manager, you do what you gotta do. But it’s not personal. It’s the business.”