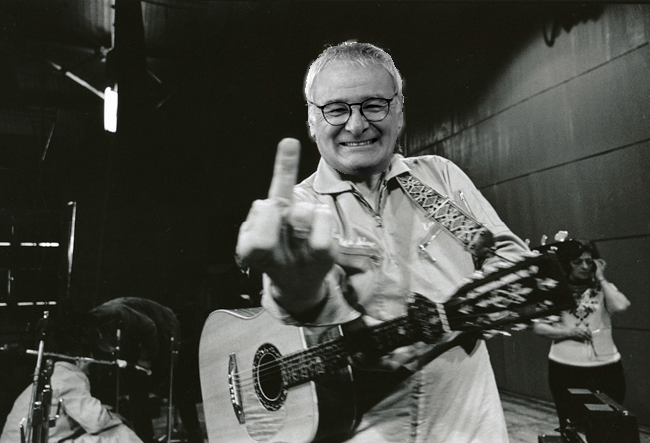 “King Power, I hate every inch of you”

Claudio Ranieri has spoken of the “shock” he felt after being sacked by Leicester City, less than nine months after winning the Premier League title.

Strangely, Ranieri did so while appearing on stage in front of inmates at the Rebibbia prison on the outskirts of Rome.

Before you go assuming our Claudio was inside for some sort of violent backlash to his Foxes dismissal, the 65-year-old was actually in attendance at a ceremony celebrating the work of regional coaches in Italy.

Addressing his incarcerated audience, Ranieri was quoted by Gazzetta dello Sport as saying:

Thinking of Leicester, the first thing that comes to mind is the sense of surprise, even more than bitterness.

I have been through a lot in my long career, but never anything like this.

It was a shock, but in the end these things are part of football.

Ranieri also revealed that he planned to air a full list of his grievances when he appears as a pundit for Sky Sports for the upcoming Premier League match between Crystal Palace and Arsenal on 10th April.

Until that day I will not talk, because everything took place in England and it seems fitting to talk in England.

One to mark in your diaries, that.

While we’re on the subject, Ranieri was also bestowed with the prestigious Panchina D’Oro (‘Golden Bench’) award in Florence on Monday afternoon, which is essentially the Italian Coach of the Year award…

What do you know? It really is a little golden bench.

That’ll look lovely on the mantelpiece.