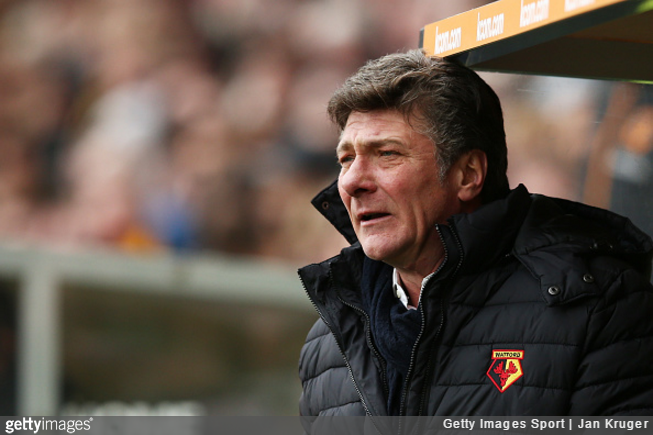 Watford have confirmed this afternoon that they will not be retaining the services of manager Walter Mazzarri past the end of the current season.

Following a meeting between the two parties on Wednesday morning, Hornets chairman Scott Duxbury issued the briefest of statements to announce the upshot:

After the board discussed with Walter Mazzarri the club’s future goals and aspirations, it was decided he will be stepping down from his position as the club’s Head Coach after the final game of the 2016/17 season.

We thank Walter and his staff for the contribution they have made to Watford Football Club over the past year.

That’s all she wrote. 40 points and out. You’ve served your purpose.

Mazzarri has been in charge of Watford for 361 days at current count, which actually makes him the club’s longest-serving manager (in terms of matches played) since Gianfranco Zola, who was sacked in December of 2013.

You really don’t tend to get long in this particular game, not any more.