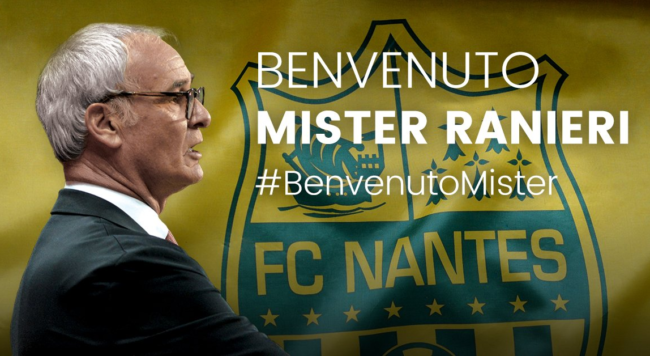 Claudio Ranieri has sidestepped that odd bit of Ligue 1 regulation to formally join FC Nantes as their new head coach.

Ranieri’s appointment was held up after it was discovered he may have been too old to take the job, but the French club have now obtained a derogation from the French Football Federation to allow the Italian to take charge on a two-year contract.

We will take care of him, @LCFC 💙 pic.twitter.com/lCDPX3B0za

Ranieri replaces Sergio Conceicao, who agreed a long-term contract extension with Nantes in May, only to then scarper almost immediately when Porto came a-callin’.

So that’s some fairly big-ish names who will be coaching in Ligue 1 next season, with Ranieri, Unai Emery, Marcelo Bielsa, Leonardo Jardim and Rudi Garcia all leading various teams into the fray.