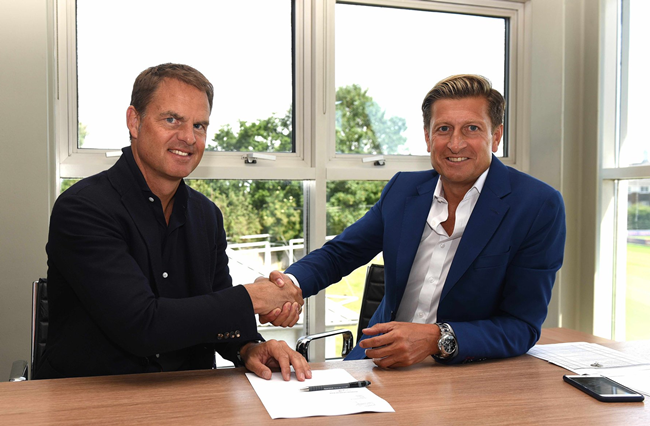 It’s done. Frank de Boer is the new head coach of Crystal Palace and will be, all being well, for the next three years.

The Dutchman was sworn in on what Palace called a ‘historic day’ for the club, being that they also revealed their brand new shirt sponsor – a Chinese betting company, you might have guessed.

It’s the news you’ve all been waiting for…

De Boer has been out of work since leaving Inter Milan under a cloud back in November of last year.

Before that he did some fine work at Ajax, winning four Eredivisie titles in four consecutive seasons and putting in place the foundations of the young, hip side that reached this last year’s Europa League final.

He also shares a Twitter account with his twin brother Ronaldo (@FrankRonald1970), which is bloody odd to say the least.