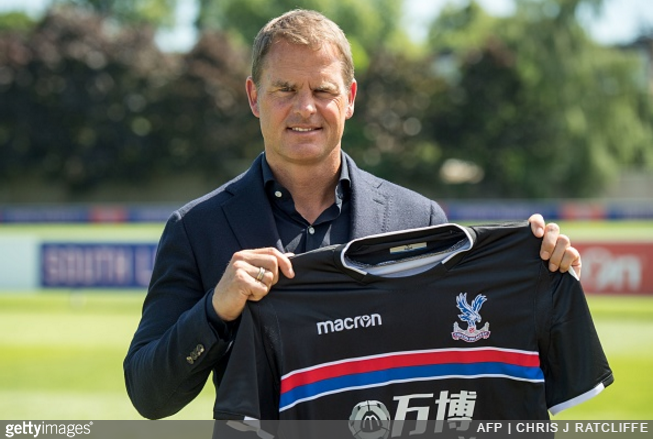 In the rush to announce new signings, managers and other news over social media, football clubs can perhaps be forgiven for getting a few minor details wrong here and there.

However, in the case of Crystal Palace they went and announced the wrong man entirely for their newly-filled managerial spot.

In the wake of appointing former Ajax man Frank de Boer as the full-time replacement for the suddenly-departed Sam Allardyce, Palace’s website decided to festoon their fans with some facts, stats and important numbers regarding the latest Selhurst Park incumbent.

Alas, Palace appear to have fallen into a well-worn trap: confusing poor Frank with his twin brother, Ronald.

As Ronald himself duly piped up on Twitter, the Eagles aren’t the first to confuse the pair and they won’t be the last.

Still, at least he managed to see the funny side… 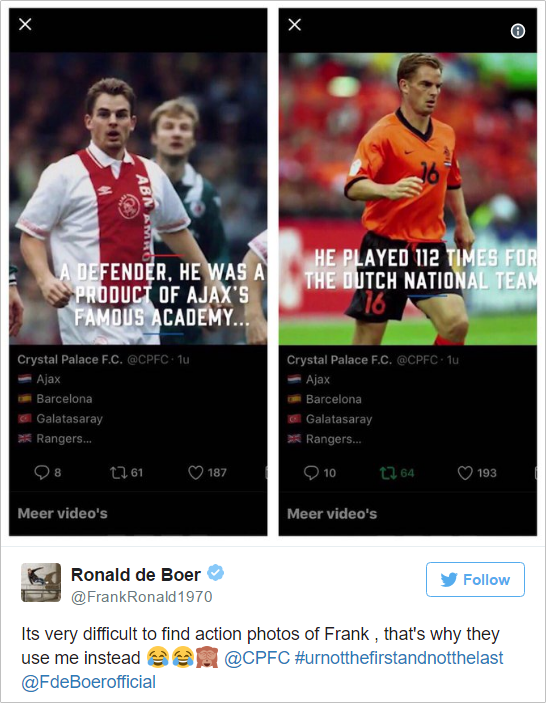 Inter-sibling goading is always the best type of goading. The venom is real.

Pies can only wonder if next season might bring about some more Grade A twin-based hijinks in South London.