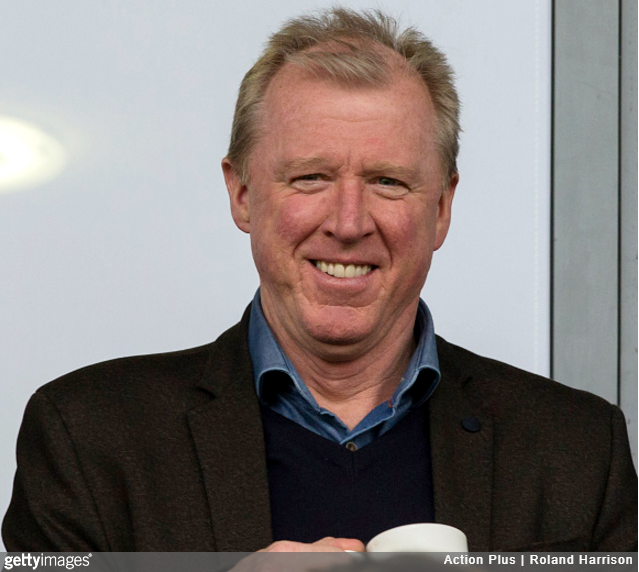 Good news everybody! Steve McClaren is once again being given the opportunity to dispense his coaching wisdom in a professional setting, having joined the staff at Maccabi Tel Aviv.

McClaren had been strongly tipped to take over from Ian Cathro at Hearts, but it would appear he’s decided to try his hand on foreign soil once again – one of the few English coaches who appear to relish doing so.

The ex-England, Middlesbrough and Derby boss won’t be acting as manager – Maccabi already have one in Jordi Cruyff – but rather as a “coaching consultant” to the Israeli side.

Tel Aviv have also announced the loan acquisition of former Reading one-season wonder Nick Blackman, who worked under McClaren during his second short stint in charge at Derby.

It must be a terribly exciting time to be a Maccabi Tel Aviv fan at the moment.

And lo, it’s only fitting that we include this wondrous little ode to McClaren and his idiosyncratic hair situation, written and performed by Bob Mortimer on the latest instalment of the always-great Athletico Mince podcast…

Seriously, if you haven’t already waded knee-deep into Athletico Mince, we heartily recommend that you do so pronto.

If Bob’s ‘Gangs of the EPL’ sketches don’t have you howling with laughter, then there’s something fundamentally wrong with you.