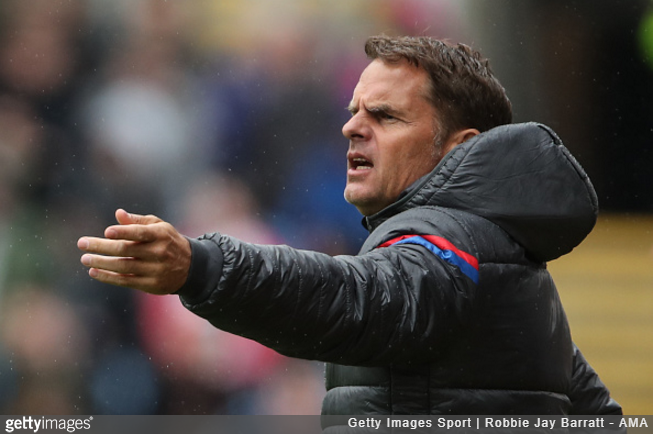 With the team winless and goalless so far this season, chairman Steve Parish has given the order to fire the very man he brought in to completely overhaul and revitalise Palace’s footballing philosophy.

All this, and they really didn’t play badly against Burnley. A little more luck/inspiration and they’d have been off the mark.

We are 4 games in, it’s a terrible start but we have to stick together. https://t.co/A8Zu5APcjg

Yeah? How did that pan out for you, Steve?

Parish interviewed 37 candidates to succeed Sam Allardyce, eventually whittling out De Boer as the man he felt capable of moulding the Eagles in his own image.

Call us old-fashioned, but 77 days doesn’t seem like an awfully long time to instil an entirely new and exciting playing style at any given football club.

Still, Roy Hodgson is being widely touted as De Boer’s immediate successor, so it’ll be a grand return to standard practice and 14th place in the league sooner than you know.