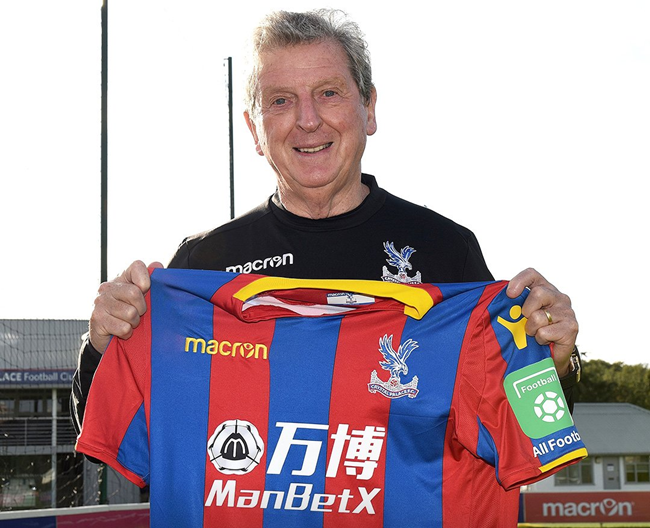 Amid all the Champions League hubbub, Crystal Palace chose Tuesday night to officially appoint Roy Hodgson as their new manager.

The 70-year-old replaces Frank de Boer, who was sacked just four matches into his tenure and becoming the first ever manager in Premier League history to lose his job without seeing his side score a single goal.

Speaking to the Palace website, Hodgson expressed his joy at finally getting the chance to manage the club he grew up supporting as a lad:

This is very much the club of my boyhood. It is very rewarding to find myself here now, in different times, as manager at a club that I have always loved and admired with a huge potential.

In related matters, several inside titbits have since leaked from the Palace camp in the wake of De Boer’s dismissal, with insider sources suggesting that the board were ready to pull the plug on the Dutchman two weeks earlier than they actually did.

Indeed, several senior players are said to have complained about De Boer’s “unnecessarily arrogant” conduct during training, chiefly because the 44-year-old would regularly show them all up by “picking balls out of the sky, swivelling on the spot and pinging shots into the top corner”.