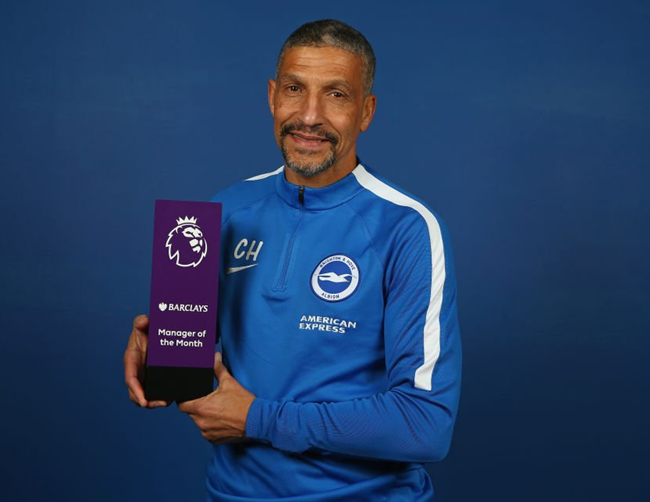 Brighton & Hove Albion boss Chris Hughton has been named Premier League Manager of the Month for February after steering his side through the month unbeaten.

Over the course of February, the Seagulls registered wins over West Ham and Swansea, as well as a draw against Stoke City to strengthen their position in mid-table.

Thus, Hughton becomes Brighton’s first ever recipient of a Premier League Manager of the Month award, what with this being their first ever season in the competition an all.

A hearty doff of the cap to all involved.