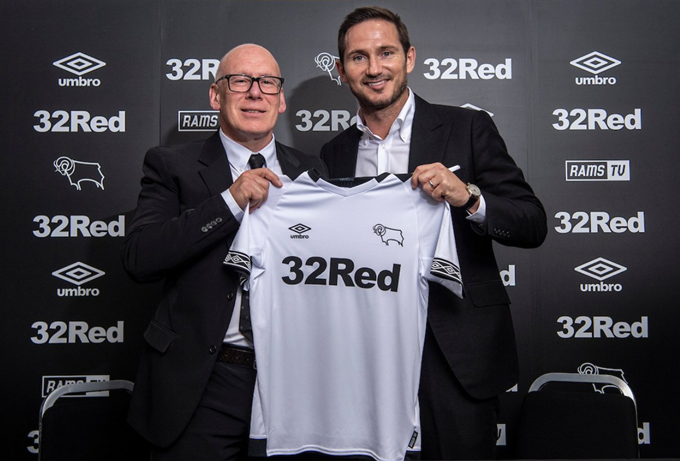 Derby County have appointed Frank Lampard as their new manager, with the former England and Chelsea midfielder signing off on a three-year contract.

The role is Lampard’s first in senior club management and Derby’s seventh managerial appointment in a sliver over three years.

Apparently, Lampard was among 20 applicants for the post, with Derby chairman Mel Morris falling for the 39-year-old due to his “passion, humility, character, charisma and conduct”.

Speaking to the club’s website, the man himself said:

I’ve always wanted to manage a club with a big tradition and history like Derby County, so this is a huge opportunity. I have spent considerable time discussing the role and the club’s objectives with the chairman and board members.

We want to build on the club’s top six finish in the Championship last season, while at the same time bringing through some of the excellent youth and Academy talent we have at Pride Park.

This is my first job as a manager, but I’ve worked closely with some of the best coaches in the game and I’m confident in my own abilities and those of the team around me, including the board. I know it won’t be easy – managing a football team never is – but I’m really looking forward to the challenge ahead.

We give him until December.