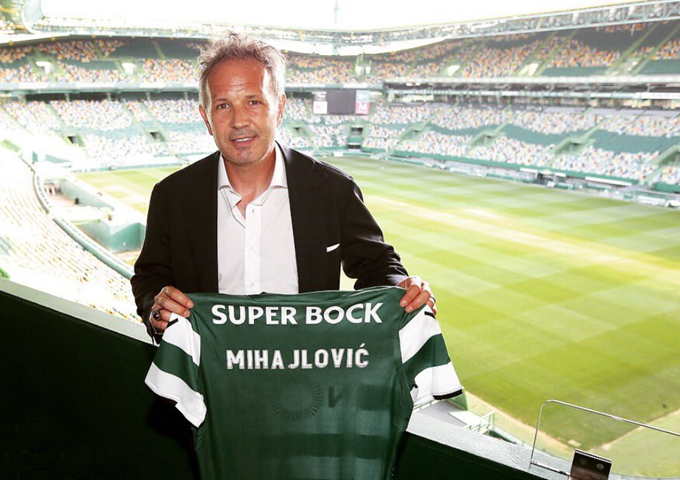 It looks like Sinisa Mihajlovic may be losing his job at Sporting Lisbon having only been appointed as new head coach a little over a week ago.

Mihajlovic signed a three-year contract at the tumultuous Portuguese club on June 18th, but according to AS, the 49-year-old is already on the brink of being removed from his post.

The issue lies in the fact that Mihajlovic was appointed by former Sporting president Bruno de Carvalho, who has since been voted out by an overwhelming majority of the club’s paying members – over 71% of nearly 15,000 votes.

De Carvalho took the decision in good spirits, branding the poll “one of the greatest frauds ever seen” before calling the Sporting members responsible “a bunch cretins who rigged the vote”.

The decision to axe De Carvalho comes in the wake of a nasty training ground attack that has since seen nine first team players (including the likes of Rui Patricio, William Carvalho, Bas Dost and Gelson Martins) terminate their contracts and leave the club for nothing.

Now it looks like Sporting will also be back in the hunt for a new coach, with reports suggesting that the club’s management committee intend to revoke De Carvalho’s move to hire Mihajlovic before he officially begins his tenure on 1st July.

According to the Record newspaper, a public announcement will be made by Sporting at some point on Tuesday.

Sporting will try to reach an agreement with the controversial coach, who was going to charge almost €2million a year, although it is within the trial period of 15 days, as stated in the (original contract) agreement (with Mihajlovic).

So that’s no manager, a squad shorn of nine expensive seniors and no president until the next election on 8th September.

What a silly, sorry mess.