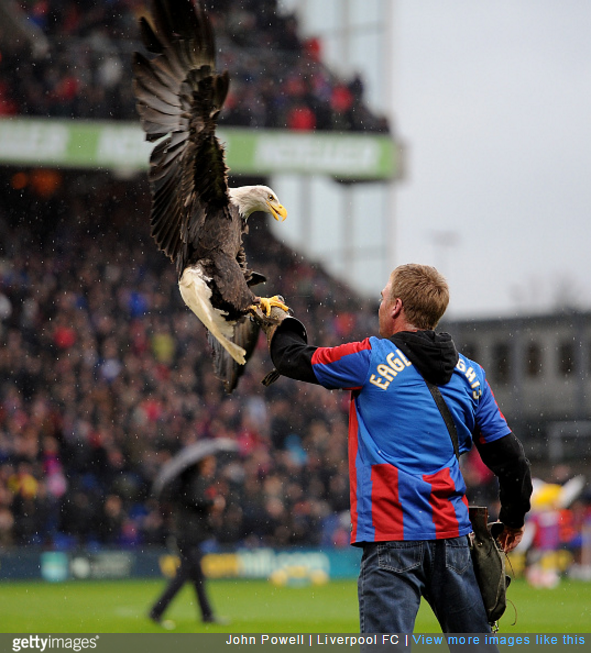 “Take that you feathery sh*tter!”

Hear ye, hear ye. A fully grown, supposedly adult male has been arrested today for attempting to punch an eagle.

For attempting. To punch. An eagle.

It just so happens that the bald eagle in question was Crystal Palace’s mascot, named Kayla. The incident occurred during the local derby against Charlton back in September.

The 34-year-old has been detained on suspicion of violent disorder and attempted criminal damage.

He remains in custody at a south London police station.

Apparently, the would-be-eagle-puncher was one of 12 men arrested and bailed in connection with disorder both inside and outside the ground during the match at Selhurst Park.

What a bloody world we live in, eh?