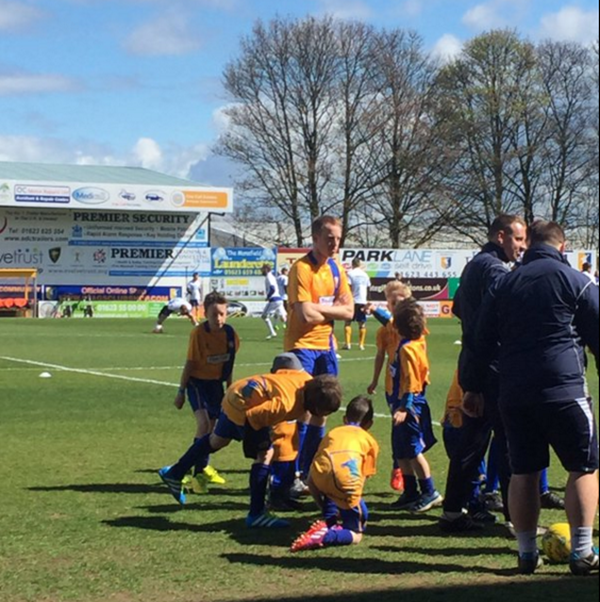 A cursory look at the photo above reveals that one of Mansfield Town’s mascots for their recent game against Notts County ever so slightly stood out from the pack.

That’s because he, the surly chap with his arms folded, was roughly 20 years older than the rest of them.

Thanks to his best man, groom-to-be Paul Gorrie, 30, was stitched up as part of his stag do and duly forced to help lead Mansfield out in front of 6,357 fans at the One Call Stadium on Saturday afternoon.

Aren’t you a bit old for this? Mansfield Town get unexpected mascot alongside the kidshttps://t.co/lmyG5XS4ng pic.twitter.com/jl2Qjb2ts5

The Stags went on to win 5-0, so there’s a good chance lucky, lucky Paul might be invited back next week too.