It’s been a while since Pies paid tribute to a brilliantly naff mascot from the non-leagues, so we thought we’d revive the series with an absolute boomer. 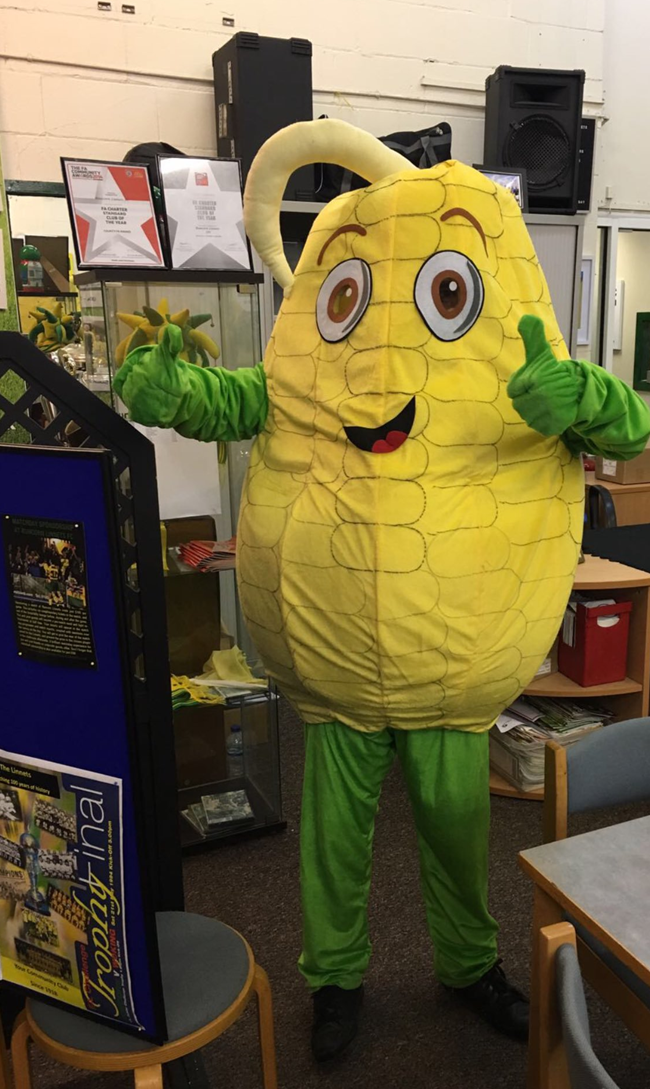 Look at his little face. Outstanding, no?

In fact, Corny might actually give the Tonbridge Angel a run for his/her money in the ‘cobbled together from four metres of wire and an old duvet cover’ stakes.

Linnets fans must be over the moon.