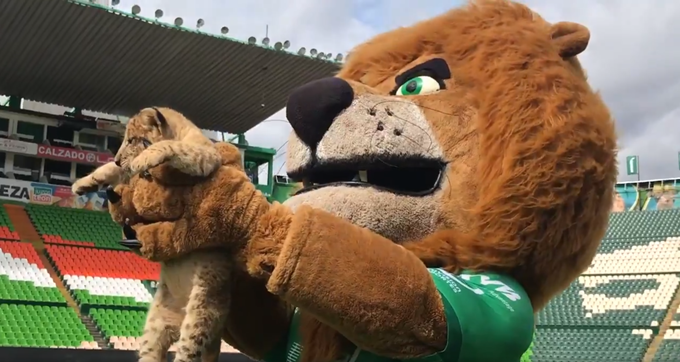 In true Pride Rock fashion, Mexican side Club Leon heralded an exciting new arrival this week in the shape of Sambu, a lion cub born recently at the local zoo.

Sambu was named after Rubens Sambueza, the Argentinian-born midfielder who also in the process of joining Leon after two years at Liga MX rivals Toluca.

As well as his human namesake, Leon have also snapped up Sambu as an official member, with the cub putting paw to paper on a contract saying as much…

Sambu will now return to the zoo but be considered an official mascot of Club Leon, while Sambueza will slot into their midfield – largely as doing things the other way round might have proved a little dangerous in the long run.