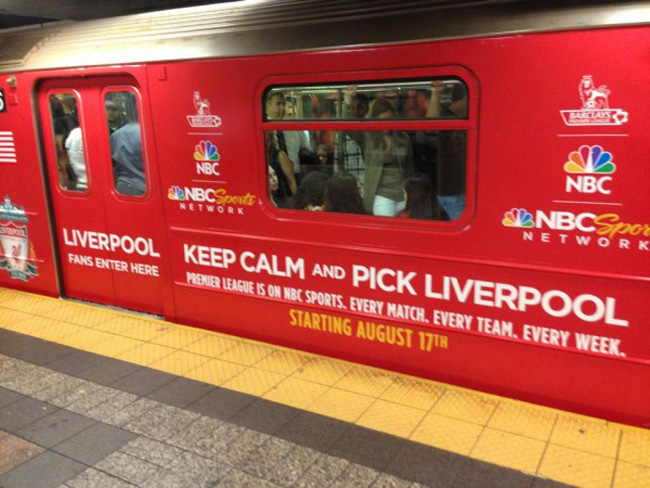 In quite a clever marketing ploy, US TV network NBC have heralded their new Premier League deal by redocrating New York subway trains in the colours of some of England’s biggest clubs.

Using the motto “‘Keep Calm And Pick A Side”, carriages have been decked out to highlight some of the Premier League’s biggest derbies, with half a carriage dedicated to Man Utd and the other other to City etc.

The campaign comes as NBC prepare for their first season as the USA’s Premier League broadcasters, with former ESPN presenter Rebecca Lowe anchoring the coverage along with pundits  Robbie Earle and Robbie Mustoe.

Why didn’t BT Sport do this on the London Underground?! (maybe because rivals fans would no doubt trash the feck out of each other’s carriages).