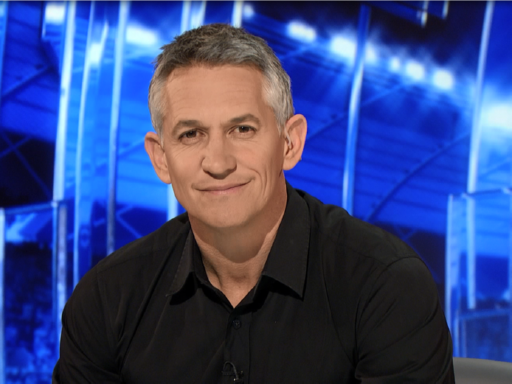 The general consensus seems to be that Match of the Day (and especially Match of the Day 2) is growing ever more tedious and nonessential by the week, with increasing numbers of unmoved viewers lining up to voice their discontent at the “expert” punditry provided on Saturday and Sunday evenings.

With that in mind, host Gary Lineker is fighting his corner today, passionately defending his show and claiming that most of the programme’s critics are merely being swayed by the Daily Mail’s anti-BBC agenda – or something like that anyway.

Lineker is quoted in the Guardian as saying:

“Match of the Day has fundamentally improved since we got the [Premier League television right] contract back in 2003, but football is so emotive and that’s why people are never going to be entirely satisfied.

“But our audiences have improved year on year. We’re bucking the trends on highlight shows for sport – audiences are down everywhere and, considering the excessive football on TV, it’s remarkable we rarely go below four million on Saturday night, with another couple of million on Sunday morning. We generally hit between six to seven million every weekend, despite the current climate and amount of channels.”

That’s because people want to see the goals, Gary. Many people don’t have Sky and MOTD is the only place to see Premier League highlights on terrestrial television of a weekend.

“It’s so much easier when you can just spread yourselves but so many more people watch our show than any of theirs. It’s important to remember that. We still set the tone. You see how so much of our analysis will be copied on the Sunday and Monday and you think, ‘Oh yeah …’ We still lead the way, I think.”

Hmmm. Maybe it’s more to do with the fact that football analysis is fairly perfunctory and repetitive across the board. Let’s face it, there are only so many ways that you can say “he should be scoring from there” when it’s repeated a zillion times a night. The fact that MOTD get to say it first isn’t necessarily a good thing.

“I don’t think there is [widespread dissatisfaction] with MOTD. I think it’s a Daily Mail thing and their anti-BBC issue. I get massive feedback on Twitter and the vast majority is incredibly positive. The only thing that has been levelled consistently against MOTD, particularly in the Daily Mail, is that there’s a cozy atmosphere and it’s the same people every week.”

Which they’ve skilfully combated by getting Robbie Savage in on a Saturday instead of a Sunday. Next issue: the perceived lack of in-depth punditry on MOTD…

Fair enough, though we must say that we’ve never met a solitary human being of sound mind that was clamouring for more banal waffle from the right-hand sofa.

“Personally, I think he’s really good. He’s improved a lot. I think the problem is that when players start, with the odd exception, they need a transition and they can be a little guarded. But if you listen to Alan Shearer now compared to four years ago he’s become very strongly opinionated. He’s as strong as anyone and understands the game really well. We do lots of research and he’s generally in the top three of who people rate.”

That can’t be right.

Personally, we’d sack off all the punditry as we’ve heard it all before a thousand times. God bless Dion Dublin for trying to shake things up by standing up to demonstrate how Player A should be scoring from there, but it’s just not enough.

If we had our way, MotD would run like ITV4’s Bundesliga highlights show, with one central host (Lineker if needs be) introducing each match and the various commentators filling in the missing pieces. We’re fairly sure that their contract states they can only use so many minute’s worth of Premier League footage, but if the show ends up running for 30/45 minutes instead of an hour-and-a-half, so be it.

Anyone out there think differently?