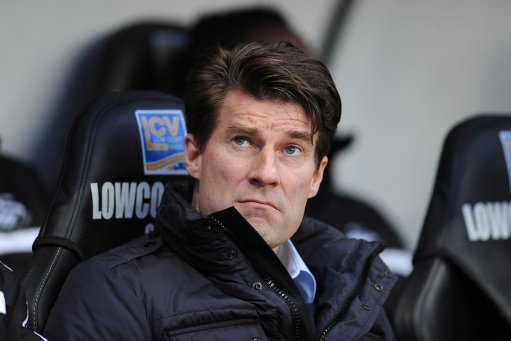 As you may have heard, Michael Laudrup was sacked by Swansea late last night just before the close of play and, as is customary with these things, the muck-raking has begun in earnest the following day – with reports circling that the Dane left the Welsh side amid a maelstrom of dressing room unrest and poorly-timed two-day breaks to Paris.

Indeed, the Daily Mirror have gone big today with some fascinating, though possibly exaggerated, insight into life at Swansea under Laudrup – claiming that chairman Huw Jenkins became increasingly frustrated with his manager’s lack of interest in the day-to-day grind of club management and that he finally pulled the trigger when Laudrup gave his players two days off and then, if you’ll excuse the pun, swanned off to France for a mini break earlier in the week, just days after his side had lost a relegation scrap against West Ham.

Despite a fairly decent 18 months in charge at the Liberty in which the club reached the knockout stages of the Europa League, won the League Cup and finished 9th in the Premier League, it would appear that Laudrup’s on-field success was masking a chaotic mess which was slowly sporing behind the scenes.

Mirror scribe John Cross also reports that, as well as the fractious breakdown in relations between Jenkins and Laudrup on Tuesday, a “lack of discipline, dressing room bust-ups and cliques” were all rife at the club:

“The cliques at the training ground had become so bad that a rule had to be introduced that only three Spanish players were allowed to sit at each table when the squad had lunch.

“The players complained Laudrup was aloof, not interested in training and even refused to take sessions when it was raining.

“When they went to Dubai for a training camp, the only rules enforced were that the players had to be on the bus for 11am and back on it by 1pm.

“Much of the training camp was spent drinking. The players wanted discipline – and did not get it. And that was typical of Laudrup’s reign.”

He also claims that several player delegations went straight to Jenkins to complain about Laudrup’s slap-dash approach, as well as his lack of both training and discipline.

However, whether he’s guilty of misconduct, a convenient scapegoat or somewhere in between, Laudrup will reportedly be receiving a pay-off worth approximately £4.5million from Swansea for his troubles – so it’s hard to feel too sorry for the bloke.