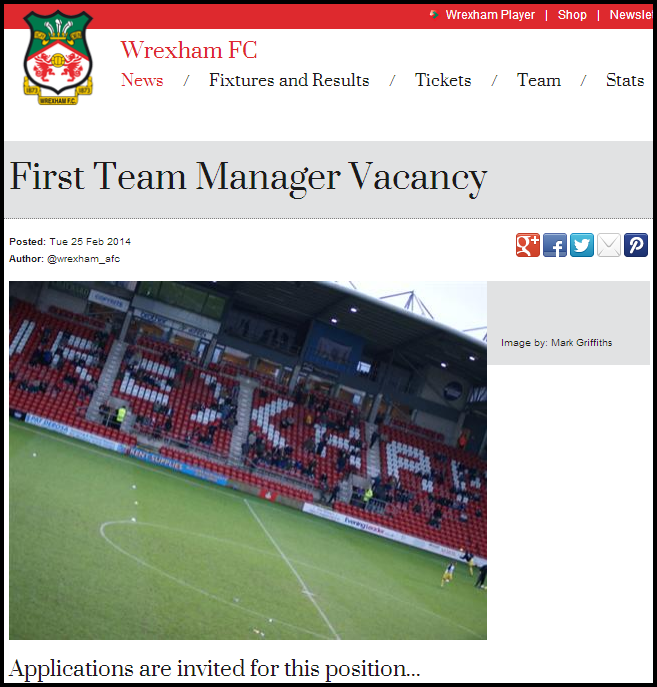 With the club in treading water down in 13th place in the Conference Premier after reaching the play-offs the two seasons previous, Andy Morrell stepped down as Wrexham manager two days ago, admitting that it was ‘in the best interests of both the club and himself’ to make a change given the disappointing start to the season.

It’s fairly obvious that Wrexham haven’t been overly swamped with applications for Morrell’s vacated post since, with the club going so far as posting a ‘first team manager wanted’ advertisement on their official club site yesterday afternoon.

The job summary reads as follows:

“In its 150th anniversary year, an exciting opportunity has arisen for the right candidate to be an integral part of the future growth of Wrexham Football Club as first team manager.

“This role will provide a fantastic opportunity to work within a vibrant club with excellent facilities both at the Glyndwr University Racecourse Stadium and Colliers Park training ground.”

It would appear that the vacancy is open to one and all, with Wrexham’s only request being that candidates provide the club with a CV and a covering letter for their application.

Suddenly, the loins of hundreds of Football Manager stalwarts up and down the country begin to quiver with excitement.