If you’ve ever lost days just wondering what Swansea boss Garry Monk would look like dressed as Harry Potter then wonder no longer; Gazzetta dello Sport are here to help!

On the cover of the Italian paper’s Euro supplement, Gazzetta have mocked up Monk as Potter – declaring he, Willy Sagnol, Rui Vitoria and Roger Schmidt to be European football’s “New Wizards”as part of a feature on this season’s flock of young “surprise package” managers… 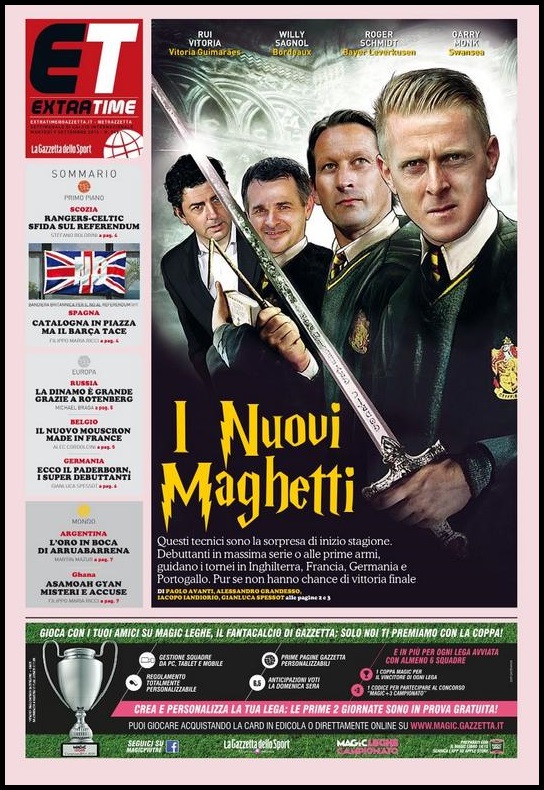