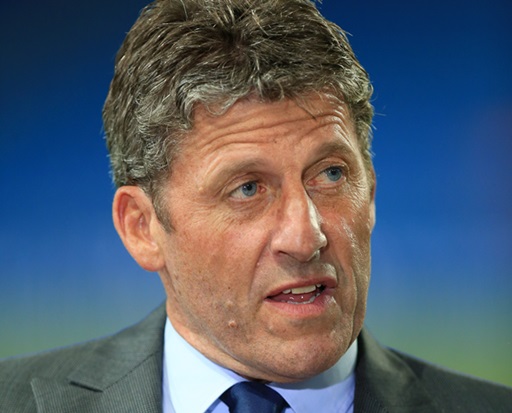 “For me Clive, I think I should just piss off and live in a cave”

As it usually does, Andy Townsend’s name began trending on Twitter during England’s game against Estonia on Sunday as drained fans took to social media to complain about the ITV co-commentator’s unrelenting

With their interest piqued, The Independent then ran a poll to determine just which wingman football fans deemed the worst on television.

According to the paper, over 2,500 people registered votes in a four-hour voting period, with the result being fairly predictable: Townsend coming top (or bottom, whichever way you choose to look at it) by a country mile… 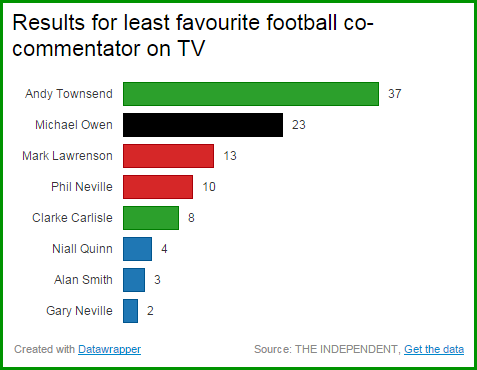 It’s hard to disagree with that, though Pies’ contempt of Townsend is well documented.

Nice to see that people find Clarke Carlisle as grating at we do too, Sam.

Now, we don’t imagine for one iota these results will alter a damn thing because, A) it’s just a newspaper’s semi-serious opinion poll and, B) ITV seem to be completely oblivious to the fact that Townsend has been boiling everybody’s piss for the last 14 YEARS so it looks like we’re stuck with the honking galoot.