A Mexican newspaper by the name of Récord have incurred the wrath of Queretaro fans after running with a phoney story about the club’s headline act, a certain Mr. Ronaldinho, going AWOL over Christmas.

With rumours swirling that Ronaldinho had disappeared back to Brazil to ring in the New Year in in customary lavish style, the paper concocted a hoax story about the club’s directors desperately trying to entice the veteran Brazilian party boy out of the woodwork by building him a new luxury mansion.

So committed to the bit were the Récord chaps that they even drew up and published their own blueprints for Ronny’s non-existent new £7.5million pad, which featured a swimming pool, a private cinema, an in-house casino, a “mega gymnasium” and even a table-dancing lounge… 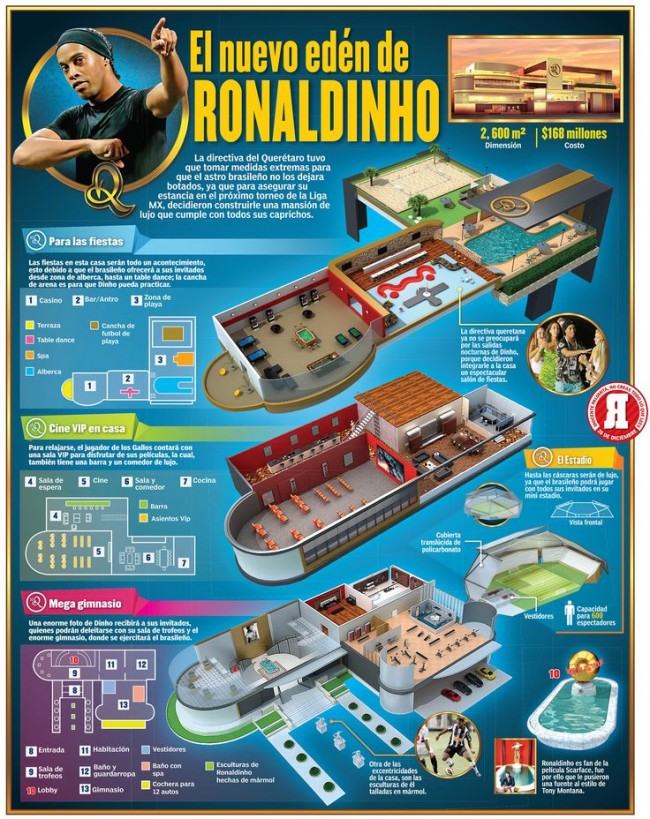 Alas, shortly before each and every seething Queretaro fan among their readership suffered a nervous breakdown, the paper came clean and admitted that the entire story was an elaborate ruse – though the clues were there, with December 28th being the Spanish equivalent of April Fool’s Day and all.

Indeed, Récord were also at great pains to inform everybody that Ronaldinho reported for pre-season training on Friday afternoon as scheduled.