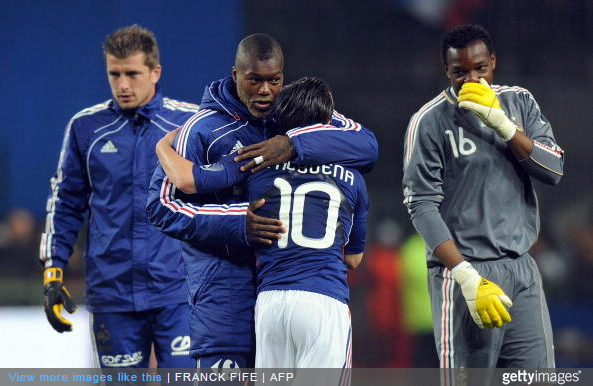 According to reports emanating from France this morning, Djibril Cisse has been arrested by police over an alleged case of blackmail of Lyon midfielder Matheiu Valbuena.

As per the AFP’s wire report, Ex-Liverpool striker Cisse was one of four men taken into police custody in relation to a case that revolves around an alleged sex tape of Valbuena.

However, Cisse, who was playing his football for JS Saint Pierroise on the French island of Reunion in the Indian Ocean before he packed it in to start training for the French version of Strictly Come Dancing, is to be released “imminently” and “put out of the question” regarding the investigation, with the tape said to be in the possession of the other three men involved.

Just in case you were wondering – no, this is not a spoof (at least as far as we know).