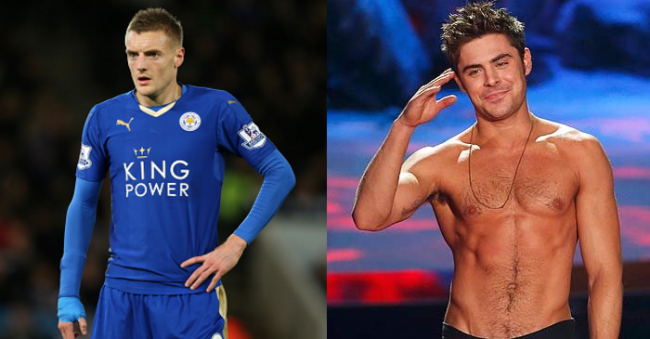 Coming soon to a cinema near you, “Chat Shit, Get Banged: The Jamie Vardy Story” – that’s if British screenwriter Adrian Butchart has his way, anyway.

Yep. Butchart, who co-wrote the “Goal!” football movie trilogy, has revealed to the The Sun that he has half a mind to turn Vardy’s “rags to riches” life story into a Hollywood blockbuster.

Indeed, he’s made arrangements to discuss a deal in Los Angeles, telling the paper:

It’s the kind of story that if we made it up, people wouldn’t believe it

His achievements are incredible and to break the Premier League record with such a sublime goal against the biggest club in football pushed him to the top of our agenda.

It’s amazing to think he was playing non-league football and making medical splints for a living until so recently before breaking the record. It is the kind of role actors dream of.

This simply must happen, for it will be the most glorious mound of faeces that mankind had ever crafted.