As we’ve seen over the past few weeks, Leicester’s improbable gallop toward the Premier League title has slowly but surely become an international phenomenon.

As such, when the deal was sealed last night, the Foxes were splashed across front and back pages worldwide.

Here’s just a small glimpse into how Claudio Ranieri and his intrepid team were heralded by newspapers across the continent.

Here’s a couple more bonus bits of coverage emanating from Sweden’s big two, Adftonbladet (who ran with a “Garden of Eden/Eden Hazard” theme) and Expressen… 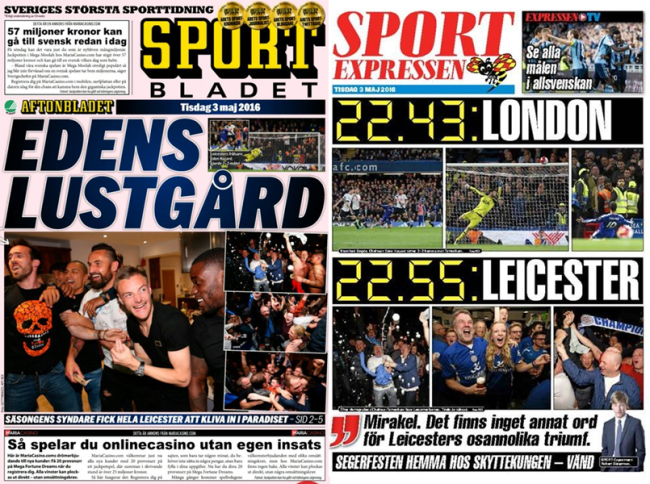 Beautiful, although we still can’t quite seem to process that it’s plucky little Leicester City who will be playing with the little gold arm-patches on their shirts next season.